English
Waterloo Bridge, London
Nearby Hotel Offers
Room Type Search
Head down to Waterloo Bridge! Stay nearby from only per person
Quick Links

Head down to Waterloo Bridge! Stay nearby from only per person 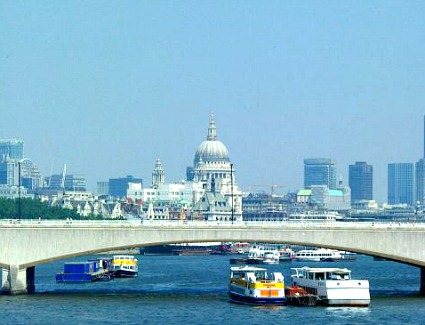 Waterloo Bridge: See some of the best views of London

One of London's most iconic bridges, Waterloo Bridge is considered by many locals and travellers to have the best view of London from ground level. Located between Blackfriars Bridge and Westminster Bridge, standing in the middle of Waterloo Bridge takes in the view of the London Eye, St Paul's Cathedral, the Houses of Parliament and the Royal Festival Hall. Built in 1817 but later pulled down, the current Waterloo Bridge is a second reincarnation, made to withstand larger amounts of busy London traffic and more pedestrians. Sights to visit nearby include the Somerset House Embankment Galleries north of the river and the National Theatre on the South Bank. Or, you can explore more about the Battle of Waterloo, which the bridge was named after, at the Imperial War Museum near Waterloo Station. Also, for a great view of the river from on high, have a drink at the Oxo Tower on London's South Bank.

Staying in hotels near Waterloo Bridge is particularly useful for heading to London sights both north and south of the river. TravelStay.com has a number of bed and breakfasts near Waterloo Bridge and cheap London hotels located on both sides of Waterloo Bridge. We have Stamford Street Apartment Rooms, just a stone's throw from Waterloo Bridge, and similar student rooms at Manna Ash Budget Rooms. We offer great value rates at four-star hotels like the Holiday Inn Express Southwark and the Shaftesbury Piccadilly Hotel on the north side of the river. Meanwhile, a short tube ride from Waterloo Bridge is the Journeys London Bridge Hostel, a London hostel with competitively low rates. So wherever you choose to stay, make sure you check out the great rates on offer by searching now at TravelStay.com.

TravelStay Offer:
Receive £4.00 cashback towards your stay in London when you book with TravelStay!
Simply enter TravelStay promotional code: WATERLOO BRIDGE-4
Subject to deposit value of £16.00 or higher.

Book to stay near Waterloo Bridge from only £12.95 per person