Head down to Houses of Parliament! Stay nearby from only per person 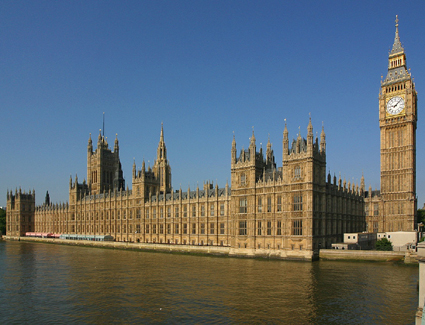 Houses of Parliament: Take a tour of the UK's home of politics

The impressive stature of the Houses of Parliament can be seen from a long way off thanks to the tall clock tower and waterside location. To many, it is the symbol of Westminster and the home of UK politics. There are a number of ways to get inside and explore the internal architecture. Overseas visitors are allowed to watch laws being made in both Houses from the public galleries and take a guided tour of Parliament on Saturdays and in the summer season. Meanwhile, people from the UK can do all of these things as well as take a tour throughout the year by writing to their MP and even climb to the top of the Clock Tower and see Big Ben up close. With nearly a thousand years of history, there is plenty to see at the Houses of Parliament, including a vast art collection. While in the area, visitors can see the protestors on Parliament Square and past kings and queens at Westminster Abbey.

Hotels and BnBs near Houses of Parliament London

Map of Houses of Parliament, London

TravelStay Offer:
Receive £4.00 cashback towards your stay in London when you book with TravelStay!
Simply enter TravelStay promotional code: HOUSES OF PARLIAMENT-4
Subject to deposit value of £16.00 or higher.

Book to stay near Houses of Parliament from only £12.95 per person