Head down to National Theatre! Stay nearby from only per person 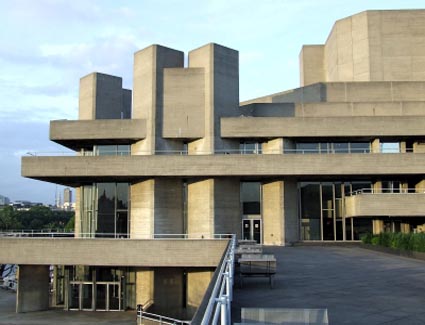 National Theatre: A showcase of classics and new plays on London's South Bank

Set on the South Bank of the River Thames, the National Theatre stages around 20 productions every year, from old classics to brand new plays. Productions are held in three auditoriums: The Olivier, Lyttelton and Cottesloe theatres, while in the summer the theatre puts on live entertainment in Theatre Square, featuring actors, musicians, dancers, street performers and circus acts. Past productions have included Shakespearean plays to award-winning new shows, created by famous directors and performed by Hollywood actors. The theatre also puts on occasional performances in the West End across the river in London's Soho, as well as dance events at Sadler's Wells and touring productions. Also near to the National Theatre, which has a close connection with Shakespeare, is Shakespeare's Globe Theatre, while continuing the trend for the arts, the nearby Southbank Centre houses the Royal Festival Hall and the British Film Institute.

Situated south of the River Thames near Waterloo, hotels near the National Theatre are close to all of the attractions on the South Bank, as well as the imposing Imperial War Museum and Borough Market. TravelStay.com has a selection of cheap hotels near Waterloo, as well as London hostels and studios. For example, we have the Holiday Inn Express Southwark, just a short walk from the National Theatre and Shakespeare's Globe. Meanwhile, the three-star Comfort Inn London is a great value option in nearby Vauxhall. Stamford Street Apartment Rooms, owned by Kings College London, could also provide budget accommodation near the National Theatre, complete with a self-catering kitchen. Just a short bus ride away in Kennington, we have the Journeys London Bridge Hostel for low-rate beds. Whatever your preference, make sure you book your cheap London hotel with TravelStay.com!

TravelStay Offer:
Receive £4.00 cashback towards your stay in London when you book with TravelStay!
Simply enter TravelStay promotional code: NATIONAL THEATRE-4
Subject to deposit value of £16.00 or higher.

Book to stay near National Theatre from only £12.95 per person