Head down to Imperial War Museum! Stay nearby from only per person 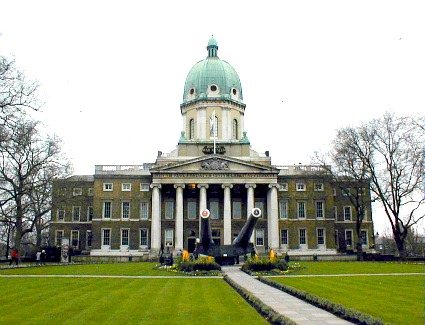 History enthusiasts could do worse than visiting the Imperial War Museum when enjoying a break at a London bed and breakfast.

This museum provides an insightful documentary into conflict ranging from the First World War to the present day.

Not only will you come face-to-face with tanks, planes and submarines employed in wars, including a Spitfire that was used in the Battle of Britain, you'll see the uniforms worn by soldiers across the globe.

There's also an exhibition devoted to how families coped during the Second World War, especially during the Blitz.

You'll also have the chance to sit in a WWII bomb shelter and walk through a 1940s street ravaged by the Blitz as part of an interactive display.

Other highlights include a recreation of a French trench during WWI and an exhibition tracing the Nazi persecution and murder of Jews.

Visitors can also discover the stories behind the Victoria and George Cross at the museum.

TravelStay Offer:
Receive £4.00 cashback towards your stay in London when you book with TravelStay!
Simply enter TravelStay promotional code: IMPERIAL WAR MUSEUM-4
Subject to deposit value of £16.00 or higher.

Book to stay near Imperial War Museum from only £12.10 per person