Head down to Westminster Bridge! Stay nearby from only per person 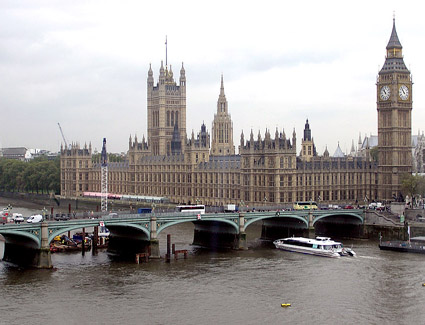 Westminster Bridge: A grand approach to the Palace of Westminster

Westminster Bridge is one of the main crossings over the River Thames, connecting the City of Westminster in the north with Lambeth in the south. First built in 1750 and later rebuilt to accommodate traffic in 1862, Westminster Bridge is a busy tourist hotspot, mainly because it offers unrivalled views of the Palace of Westminster, or the Houses of Parliament, and Big Ben. However, Westminster Bridge also has its own reason for welcoming tourists. It is an iconic site of London in television and film and also takes its own starring role in the deserted landscape scene in 28 Days Later. Once all of your photos of the view have been snapped, Westminster Abbey is also located just over the bridge, while the London Eye and London Aquarium are situated south of the bridge.

You can find that staying in hotels near Westminster Bridge will put you within easy access of London's sights both north and south of the river. TravelStay.com has cheap London hotels available nearby, as well as London bed and breakfasts near Westminster Bridge and even student rooms. International House London is one such student accommodation located south of the river in Lambeth, while you can find that the Grange Wellington Hotel is just a short walk from Westminster Bridge. Indeed, the cheap hotels in Victoria are perfect for reaching the bridge and travelling to other London areas using the good transport links. We have budget London hotels like the Stanley House Hotel and quality London bed and breakfasts like the Chester Hotel Victoria. So whatever your choice of accommodation, search now and check out TravelStay.com for our great range available to you.

TravelStay Offer:
Receive £4.00 cashback towards your stay in London when you book with TravelStay!
Simply enter TravelStay promotional code: WESTMINSTER BRIDGE-4
Subject to deposit value of £16.00 or higher.

Book to stay near Westminster Bridge from only £12.95 per person