Head down to National Film Theatre/South Bank BFI! Stay nearby from only per person 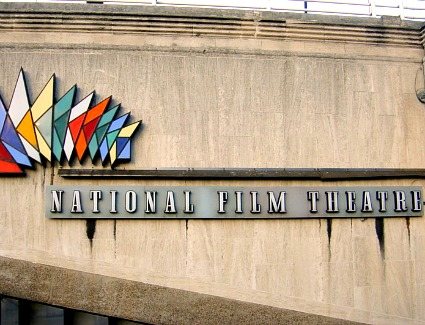 Sitting in a prime location under Waterloo Bridge on the Southbank, this seminal screen venue hosts films from all over the world and throughout film history that anyone can get tickets for. If you’re just interested in learning about film then the huge book and DVD shop is library-esque in its size and scope, as well as having a beautiful associated café-bar for you to do your reading in. On the bank of the Thames, the bar and restaurant are a great place to get a quick meal before your film, or simply as a place to meet friends and socialise. BFI is definitely a must-do on our one-day walk of the South Bank, and the second-hand book market outside the restaurant and bar is a great diversion of a daytime.

Hotels near the National Film Theatre or BFI Southbank are perfectly situated for the other attractions south of the River Thames, such as the London Eye, Borough Market and even Greenwich and the O2 Arena. TravelStay.com has a number of cheap hotels in Waterloo, where the cinema and connected IMAX are located, such as the three-star Holiday Inn Express Southwark. We also have the Comfort Inn London, further down the river at Vauxhall. Visitors could prefer our private apartments, however, complete with self-catering kitchens. Stamford Street Apartment Rooms, owned by Kings College London, are located minutes from the BFI Southbank, while LSE's Bankside Apartments are also seconds from the Tate Modern. All you have to do to find the best budget London hotels and bed and breakfasts near the National Film Theatre is check out TravelStay.com for the latest deals. Search now!

Book to stay near National Film Theatre/South Bank BFI from only £12.95 per person