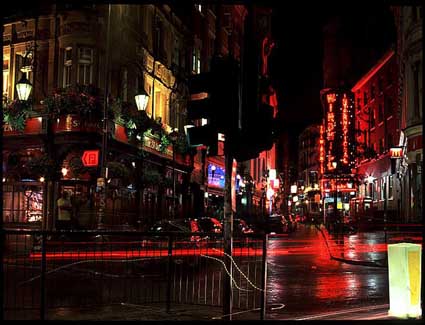 Situated in the heart of Central London with a lively bar, club and restaurant scene, Soho is the place to be when you want a fun night out. Known for its many gay bars and clubs, the party scene in this area of the West End is fun for everyone, and has a whole heap of trendy night spots as well as charming and authentic restaurants to while away the evening in good company.

Book to stay near Soho from only £19.00 per person

Last updated: 23 Jun 22
Click here for full list of over 329 London accommodations! Search Offers: Save up to 50% for hotels near Soho
London attractions near Soho