English
Victoria Park
Nearby Hotel Offers
Room Type Search
Head down to Victoria Park! Stay nearby from only per person
Quick Links

Head down to Victoria Park! Stay nearby from only per person 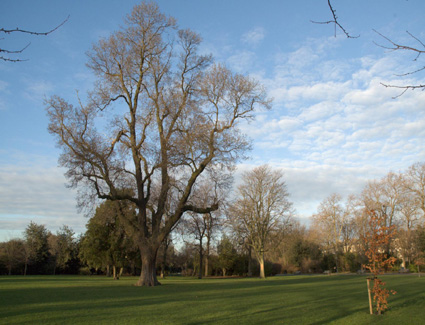 Victoria Park: Stroll through the East End or catch a live gig

The oldest public park in the UK, Victoria Park is situated in the heart of the East End, connecting Mile End, Bow and Hackney. It opened in 1842 and since then has provided a vast open space for locals to wander, picnic and sit drinking coffee by the lake. Throughout the year, Victoria Park hosts large festivals and gigs that attract thousands of people from across London. A great firework display is put on for Bonfire Night in November, while music gigs are also popular, with past shows including Radiohead and the historic Rock Against Racism rally. Every July the park hosts Lovebox, a music festival covering a range of genres and attracting 65,000 people every year. Victoria Park Village, located just outside the park, has a host of gastro pubs, typical East End pubs and restaurants, many with large beer gardens. Keen walkers can join Regents Canal at Victoria Park and follow the towpath to historic Limehouse in the Docklands or even all the way to Camden.

You will find a host of hotels near Victoria Park, which is still closely connected to Central London via good transport links and is also handy for reaching the Docklands and Greenwich. TravelStay.com has a selection of cheap hotels in Hackney, which corners Victoria Park, as well as London B&Bs in Bow, located on the opposite side of the park. For example, City Stay Hotel London is just a ten-minute walk to Victoria Park, as well as just seconds from Bow Church DLR and Bow Road Underground station. Meanwhile in Hackney, the City Inn Express is a two-star cheap London hotel in a great location for reaching the trendy bars and clubs of Shoreditch. For a bit more luxury, the four-star Re Hotel London Shoreditch is also available. We also have quality budget hotels in London, like Queen Mary Budget Rooms in Mile End, just ten minutes away from Victoria Park. So if you’re searching for bed and breakfasts near Victoria Park then whatever your choice, book your cheap London hotel with TravelStay.com for the best rates! Start your search now!

TravelStay Offer:
Receive £4.00 cashback towards your stay in London when you book with TravelStay!
Simply enter TravelStay promotional code: VICTORIA PARK-4
Subject to deposit value of £16.00 or higher.

New
Book to stay near Victoria Park from only £21.67 per person