English
The Tate Modern, London
Nearby Hotel Offers
Room Type Search
Head down to The Tate Modern! Stay nearby from only per person
Quick Links

Head down to The Tate Modern! Stay nearby from only per person 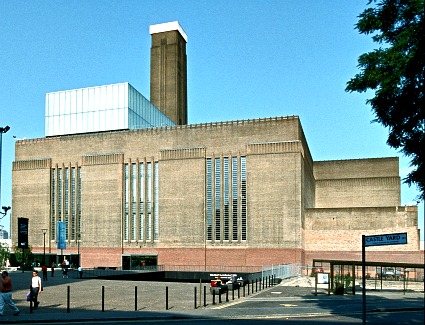 Tate Modern is a million miles away from its sister Tate Britain, even if they are just across the river from each other. Created in 2000, Tate Modern displays international contemporary art in the truly unique setting of a disused power station, creating use out of a one-time eyesore on the banks of the Thames. Its permanent collection includes works by Picasso and Matisse, Dali, Pollock and Rothko, as well as later works by Lichtenstein and Warhol. It also has a large collection of modern art from beyond the 1980s. There are special exhibitions held at Tate Modern, while the Turbine Hall puts on large-scale installations throughout the year that always attracts wide media coverage. Meanwhile, visitors can head over to Tate Britain to see British art dating back to 1500, from Hogarth to Francis Bacon and the annual Turner Prize artists. There are plenty of other things to do on the South Bank near Tate Modern, including a trip to Shakespeare's Globe or a ride on the London Eye.

Hotels and BnBs near The Tate Modern London

Tate Modern is situated on the South Bank, close to London Bridge and Waterloo. This is a popular area with tourists as there is so much to see and do in the area, from art galleries to theatres, attractions like the London Eye and museums such as the London Dungeons. TravelStay.com has a variety of hotels near Tate Modern. We have cheap London hotels like the Holiday Inn Express Southwark and London hostels like Journeys London Bridge Hostel. We also have a range of studio apartments and student accommodation available at certain times of year; located just minutes from Tate Modern is LSE's Bankside Apartments. Travellers could also find great rates at Manna Ash Budget Rooms. So whatever your choice of accommodation, including bed and breakfasts near Tate Modern, you can find the one to suit you when you search now with TravelStay.com.

Map of The Tate Modern, London

TravelStay Offer:
Receive £4.00 cashback towards your stay in London when you book with TravelStay!
Simply enter TravelStay promotional code: THE TATE MODERN-4
Subject to deposit value of £16.00 or higher.

Selling Fast Best Value
Book to stay near The Tate Modern from only £33.25 per person