English
Downing Street, London
Nearby Hotel Offers
Room Type Search
Head down to Downing Street! Stay nearby from only £15.00 per person
Quick Links

Head down to Downing Street! Stay nearby from only £15.00 per person 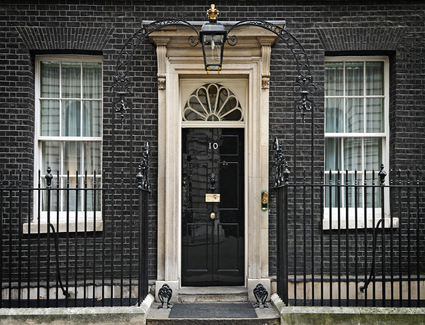 Downing Street: Visit one of the most famous front doors in the world

Home to the prime minister and chancellor of the exchequer, Downing Street is located in Westminster, close to the Houses of Parliament. Perhaps one of the most famous door in the world, the black-fronted Number 10 is the Executive headquarters, where the cabinet meets to discuss the UK's biggest issues, create new policy and set the year's budget. Traditionally, the prime minister also lives in the flat above Number 10, although since Tony Blair had such a large family, the prime minister now spreads to next door as well. While the public cannot get to look around Number 10 or walk down Downing Street, you can get a good view from the top gates and maybe even catch a glimpse of the prime minister outside the front door. Here you can also visit the Cenotaph on Whitehall, the burial site of the Unknown Soldier, who is commemorated every year on Remembrance Sunday. Downing Street is also close to other major London sights such as the Cabinet War Rooms and Westminster Abbey.

Situated in Westminster, there are a number of hotels near Downing Street, which is also a great base to see Buckingham Palace and get to Victoria Train Station for the Gatwick Express. TravelStay.com has options for cheap hotels in Westminster and family-run London bed and breakfasts near Downing Street in Westminster, such as the Carlton Hotel, a two-star London B&B, just a few minutes from Westminster Cathedral. Or, you could try the stunning Grange Wellington Hotel, which is also nearby. And, situated next to Whitehall is Northumberland House, where rooms are available as well as private studios. All you need to do is check out the London accommodation in Westminster, search for your dates and book a room.

TravelStay Offer:
Receive £4.00 cashback towards your stay in London when you book with TravelStay!
Simply enter TravelStay promotional code: DOWNING STREET-4
Subject to deposit value of £16.00 or higher.

Book to stay near Downing Street from only £15.00 per person