Head down to Buckingham Palace! Stay nearby from only per person 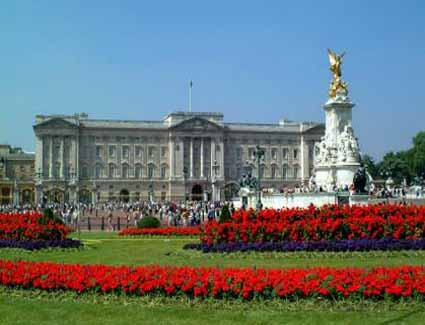 Buckingham Palace: See the Changing the Guard and take a tour of the most famous home in the UK

With 775 rooms, including 19 State rooms, 52 Royal and guest bedrooms, 188 staff bedrooms and 78 bathrooms, Buckingham Palace is a sight to behold. No visit to London is complete without walking down the Mall from Trafalgar Square and the Horse Guards, past the statue of Queen Victoria and standing outside the Queen's official residence. Buckingham Palace has served the British sovereign since 1837 and many traditions are still upheld. While you will always see the Household Division standing outside the palace in shifts and not moving a muscle, the Changing the Guard takes place on alternate days from 11:30, involving a 40-minute musical ceremony as the soldiers swap places. Meanwhile, between July and October, the palace opens its doors to tours of the State Rooms and gardens. A walk through St James's Park or to the Four Plinths in Trafalgar Square are also worth a visit as they are just nearby Buckingham Palace.

Buckingham Palace is located in Victoria, which is conveniently home to a large number of cheap London hotels. Victoria is not only the location of Westminster Cathedral, the Churchill Museum and West End shows Wicked and Billy Elliot, but it is also the terminal for the Gatwick Express, making it an ideal spot for tourists. TravelStay.com has plenty of cheap hotels in Victoria to choose from, as well as London B&Bs in Victoria. The Belgravia Rooms London is one such cheap London hotel, while the Dover Hotel London is a great example of three-star London B&Bs. You could even opt for London budget rooms such as Wigram House, which is right by Westminster Cathedral. All of these hotels near Buckingham Palace come with great rates, so search TravelStay.com for the best deal on bed and breakfasts near Buckingham Palace.

TravelStay Offer:
Receive £4.00 cashback towards your stay in London when you book with TravelStay!
Simply enter TravelStay promotional code: BUCKINGHAM PALACE-4
Subject to deposit value of £16.00 or higher.

Family Friendly
Book to stay near Buckingham Palace from only £20.00 per person