Head down to The National Maritime Museum! Stay nearby from only per person 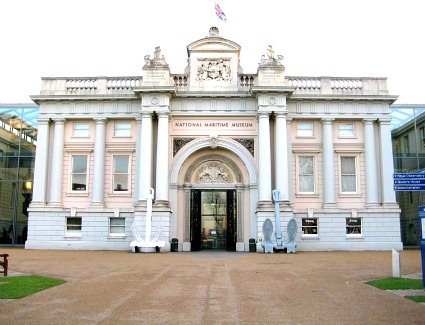 Set in the World Heritage Site of Greenwich, the National Maritime Museum occupies some of the area's most iconic and historic buildings, chronicling Britain's naval history. There are three parts to the museum: the Maritime Galleries, the Royal Observatory and the Queen's House, part of the old Tudor Palace of Greenwich. It has some of the most important objects from the maritime history of Britain, from art to maps and navigational equipment. While visitors can learn about naval battles and British sea trade and explorations, the museum also explores astronomy at the Royal Observatory, home of Greenwich Mean Time and the Prime Meridian Line. The state-of-the-art London Planetarium is also here, which tells the story of how life on Earth began and shows London's night sky on a huge screen. The museum is located on the expansive Greenwich Park, which is a busy picnic area during the summer months, while Greenwich Market and the Cutty Sark are also within walking distance.

Hotels and BnBs near The National Maritime Museum London

Situated in Greenwich, TravelStay.com has a number of great value hotels near the National Maritime Museum. Not only do the budget London hotels in Greenwich put you in close proximity to Britain's biggest World Heritage Site and to the home of the Meridian Line, they will also place you near the bars and restaurants of trendy Greenwich town. Getting to gigs at the O2 arena is also made easier when staying in bed and breakfasts near the National Maritime Museum. Indeed, we have the four-star Hotel Onesixtwo, which is good for getting to both the O2 arena and the National Maritime Museum, while the one-star Antigallican Hotel could provide a cheaper alternative. Budget travellers could also find that London hostels in Greenwich are more suitable to their needs. The Journeys Greenwich West Hostel is one such example. Just make sure that you check TravelStay.com for the best rates available: search now!

TravelStay Offer:
Receive £4.00 cashback towards your stay in London when you book with TravelStay!
Simply enter TravelStay promotional code: THE NATIONAL MARITIME MUSEUM-4
Subject to deposit value of £16.00 or higher.

Book to stay near The National Maritime Museum from only £12.99 per person

Last updated: 21 Jun 21
Click here for full list of over 329 London accommodations! Search Offers: Save up to 50% for hotels near The National Maritime Museum