Head down to London Palladium! Stay nearby from only per person 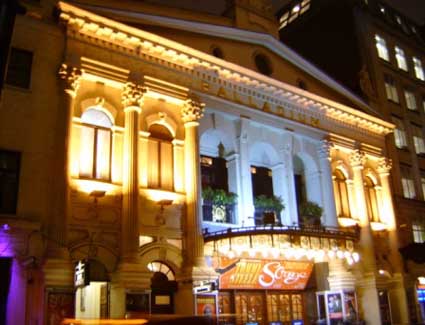 In the heart of the West End, bed and breakfasts near the London Palladium offer you the chance to take in London’s hottest shows. You’re a short walk from Oxford Street and Covent Garden as well as all the shopping they offer, and the entertainment activities of Soho are next door. TravelStay.com offer a wide range of B&Bs, hostels and hotels near London Palladium and in the surrounding areas of Oxford Street and Holborn, so search now or scroll down to find our latest offers for B and Bs near London Palladium which are all available to book right now.

Book to stay near London Palladium from only £29.67 per person