Head down to Bank of England Museum! Stay nearby from only per person 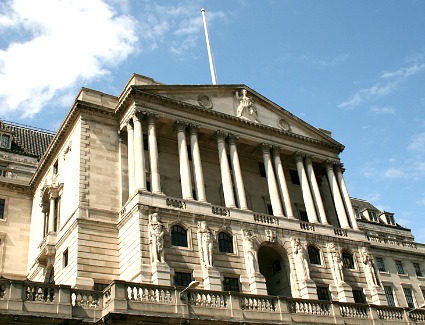 If you're interested in both history and the fiscal policy of the country, spend some time away from your cheap London hotel visiting the Bank of England Museum.

This free attraction, which is housed within the Bank of England itself, tells the story of the financial institution from its foundation in 1694 by Royal charter to its role as the nation's bank today.

You'll be able to see gold bars dating back to ancient times to compare them to modern day bars and coins.

There are also pikes and muskets that were once used to defend the museum as well as Roman pottery and mosaics that were uncovered when the Bank was rebuilt in 1930.

It is also home to documents relating to Horatio Nelson, George Washington and the Duchess of Marlborough.

The attraction is open Monday to Friday between 10am and 5pm but closed weekends.

It is situated on Bartholomew Lane, City of London, London with Bank being the closest tube station.

Hotels and BnBs near Bank of England Museum London

TravelStay Offer:
Receive £4.00 cashback towards your stay in London when you book with TravelStay!
Simply enter TravelStay promotional code: BANK OF ENGLAND MUSEUM-4
Subject to deposit value of £16.00 or higher.

Top Pick
Book to stay near Bank of England Museum from only £12.10 per person

Last updated: 30 Jan 23
Click here for full list of over 329 London accommodations! Search Offers: Save up to 50% for hotels near Bank of England Museum