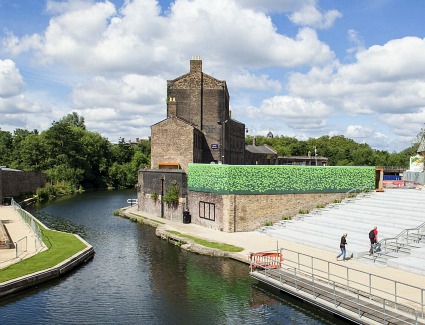 As well as canal-widening projects and projects to increase walking areas, the area will soon boast new bridges and green spaces on the banks for families to have picnics in the quiet, sedate atmosphere. As the canal is a thoroughfare for barges heading through London’s vast canal network, you’re guaranteed to see some interesting boats. There’s also the Camley Street Natural Park, a nature reserve in a dedicated space in one of London’s most densely populated areas. In addition, the building of an island called Viewpoint has been completed, marrying the natural reserve to the surrounding, modern architecture.

Book to stay near Canal Network from only £12.10 per person

Last updated: 10 Aug 20
Click here for full list of over 329 London accommodations! Search Offers: Save up to 50% for hotels near Canal Network