English
Madame Tussauds, London
Nearby Hotel Offers
Room Type Search
Head down to Madame Tussauds! Stay nearby from only £22.25 per person
Quick Links

Head down to Madame Tussauds! Stay nearby from only £22.25 per person 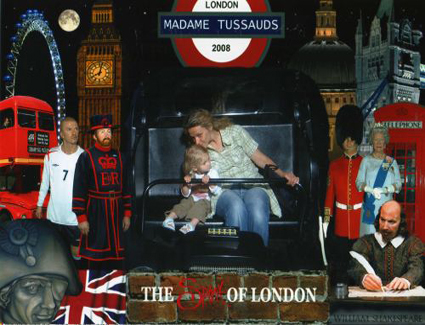 Madame Tussauds: Get up close and personal with the stars

If you can't get an 'access all areas' to Hollywood, you can still come face to face with the stars at Madame Tussauds. Established back in 1835 and at its current site on Marylebone Road since 1884, the museum holds waxworks from the world of movies, sport, music, politics and even royalty. In recent years, the ropes that blocked off the waxworks were taken down and now, visitors can walk up close to all of the models and get a good look, take photos and interact with them. Madame Tussauds was also once the site of the London Planetarium, now located in Greenwich, but this has now made way for the Marvel Super Heroes 4D, which uses 4D animation, interactive themed areas and wax figures in the three-floor domed auditorium. Other local attractions in Marylebone include the upmarket High Street, which is lined with chic cafes and shops, while London Zoo is located in the nearby Regent's Park.

Situated on Marylebone Road, south of Regent's Park, hotels near Madame Tussauds are in a sought-after London area popular with tourists. The hotels in Marylebone are convenient for reaching some of the top sights, as well as the shopping district of Oxford Street, and Paddington Station is also nearby. It is here that the Heathrow Express terminates, so the area is within easy reach of Heathrow Airport. TravelStay.com has a selection of cheap London hotels and bed and breakfasts near Madame Tussauds. For example, the budget two-star Somerset Hotel London and The Georgian Hotel are located just a short walk from Madame Tussauds, while the Boston Court Hotel offers cheap and convenient B&B accommodation. We have London hostels in Marylebone such as the Phoenix Hostel London, or visitors could prefer the convenience of staying in university rooms. Marylebone Hall has a shared kitchen and is owned by the University of Westminster. For any type of London accommodation, make sure you search now and book your room with TravelStay.com.

TravelStay Offer:
Receive £4.00 cashback towards your stay in London when you book with TravelStay!
Simply enter TravelStay promotional code: MADAME TUSSAUDS-4
Subject to deposit value of £16.00 or higher.

Family Friendly
Book to stay near Madame Tussauds from only £22.25 per person