Head down to Regents Park and London Zoo! Stay nearby from £12.10! 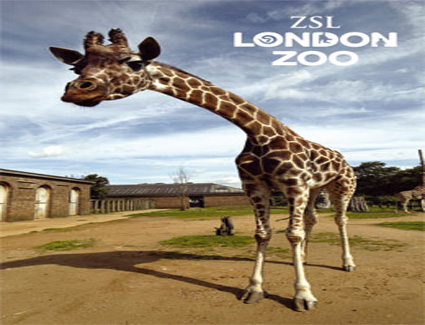 Regent's Park is one of the Royal Parks of London, located between Kings Cross and Camden. This is a popular area with tourists and Londoners, who while away the time across its 410 acres, sitting among the decorated gardens of Queen Mary's Gardens or taking in one of the best views of London at the top of Primrose Hill. Regent's Park Open Air Theatre is also one of the top things to do in Regent's Park. Shakespeare is a particular highlight at the professional theatre, which opens from May to September. Sporty types can also find plenty to do in here, including football and tennis, with showers and a cafe at community sports centre The Hub. Rowing and pedal boats can also be hired at the Boating Lake. Another major part of Regent's Park is the ZSL London Zoo, which has more than 650 animal species and features lions and tigers, birds, reptiles and even allows visitors to walk amongst the monkeys. The zoo can be accessed from Regent's Park and also from the youthful area of Camden, which has a host of independent shops and a thriving market.

As Regent's Park is close to Kings Cross St Pancras, a major train station and terminus of the Eurostar, there are more than enough hotels near Regent's Park and London Zoo to choose from.Travellers can find budget London hotels and London B&Bs in Kings Cross, as well as London hostels in Camden, which provides access to the north side of the park. The two-star Somerset Hotel London is situated right next to Regent's Park, while the Camden Inn Hotel is closer for reaching London Zoo. TravelStay.com has London hostels such as the Camden Inn, or visitors might prefer a family-run guest house like the Fitzroy Hotel. The Jesmond Dene Hotel is also a three-star B&B located in Kings Cross, just a short journey from Regent's Park. You can find many more cheap London rooms near Regent's Park and London Zoo; just check TravelStay.com for the best deals.

TravelStay Offer:
Receive £3.00 cashback towards your stay in London when you book with TravelStay! Simply enter TravelStay promotional code: REGENTS PARK AND LONDON ZOO. Subject to deposit value of £15.00 or higher.

New
Book to stay near Regents Park and London Zoo from only £12.10 per person

Last updated: 28 Nov 22
Click here for full list of over 329 London accommodations! Search Offers: Save up to 50% for hotels near Regents Park and London Zoo