English
London Trocadero, London
Nearby Hotel Offers
Room Type Search
Head down to London Trocadero! Stay nearby from only £19.00 per person
Quick Links

Head down to London Trocadero! Stay nearby from only £19.00 per person 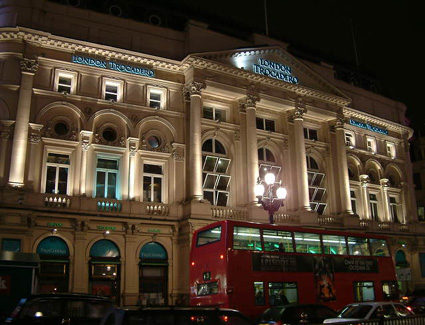 London Trocadero: A hub of gaming, shopping and entertainment

Set in the heart of London's Piccadilly Circus, the Trocadero is a hub of entertainment. Tourists and locals flock here to catch a movie, go shopping or play in the vast video games arcade. The large centre is divided into distinct sections. Funland has the latest games arcades, as well as bowling alleys, while the Golden Nugget Casino has electronic gaming in addition to real tables and poker tournaments. On the ground floor is Ripley's Believe It Or Not, an 'odditorium' of over 500 weird and wonderful attractions, while the Pasaje Del Terror takes visitors inside the world of the horror movie. The London Trocadero also houses independent and chain shops, restaurants and large nightclubs that open well into the small hours of the morning. Piccadilly Circus is part of Theatreland, home to a number of top West End theatres, as well as shops, bars and restaurants in nearby Soho.

Hotels and BnBs near London Trocadero

Located in the centre of Piccadilly Circus in London's Soho district, hotels near London Trocadero are also close to many other top attractions, not to mention West End theatres, shops and nightclubs. TravelStay.com has a number of cheap hotels in Piccadilly Circus, as well as great value hostels and bed and breakfasts near London Trocadero. The Piccadilly Backpackers Hotel for example, is an unbelievably cheap London hostel, right in the centre of Soho. Or, for a bit of luxury, we have the four-star Shaftesbury Piccadilly Hotel, which also offers rooms at a great price. Situated nearby is Northumberland House. Part of LSE, these London rooms offer the convenience of self-catering facilities. Whatever your choice, make sure you search now and book on TravelStay.com for the best deal.

TravelStay Offer:
Receive £4.00 cashback towards your stay in London when you book with TravelStay!
Simply enter TravelStay promotional code: LONDON TROCADERO-4
Subject to deposit value of £16.00 or higher.

Book to stay near London Trocadero from only £19.00 per person

Last updated: 01 Feb 23
Click here for full list of over 329 London accommodations! Search Offers: Save up to 50% for hotels near London Trocadero