English
Little Venice, London
Nearby Hotel Offers
Room Type Search
Head down to Little Venice! Stay nearby from only per person
Quick Links

Head down to Little Venice! Stay nearby from only per person 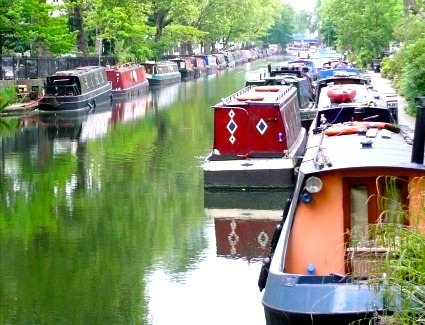 Little Venice: A canal side oasis from the Paddington bustle

Situated near Paddington in the residential district of Maida Vale, Little Venice is often considered as a small oasis away from the bustle of Central London. The name was coined by the English poet Robert Browning when he lived in the area in the late 17th century, as it is the junction where Regent's Canal meets the Grand Union Canal. London is full of canals, although most of them are underground, but you can take a day to walk from Little Venice along the towpath as far as London's East End. There are lots of shops and restaurants in Little Venice, as well as the Cascade Floating Art Gallery and quaint Warwick Castle pub. A walk or boat ride east along the canal will also take in a portion of London Zoo, where you can catch a glimpse of some of the animals. While Maida Vale is largely residential, it is also home to the BBC Maida Vale Studios, Lord's Cricket Ground and a number of houseboats.

Little Venice is located in the residential and upmarket area of Maida Vale. Hotels near Little Venice have the unique feature of being close to Regents Canal and Grand Union Canal, while the busy Paddington area is also conveniently just a short walk away. This is where the Heathrow Express terminates, so the cheap hotels in Paddington could be a great place to stay for people arriving in London from Heathrow Airport. The Comfort Inn Edgware Road offers three-star accommodation close to Little Venice, while for a bit of luxury, TravelStay.com also has four-star rooms such as the Shaftesbury Premier London Paddington Hotel. For an even cheaper stay, we also have a number of London hostels in Paddington, such as the Equity Point Hostel and Dolphin Inn. This could be a great area to stay during trips to London, so if you’re searching for bed and breakfasts near Little Venice, make sure you book ahead with TravelStay.com and start your search now!

TravelStay Offer:
Receive £4.00 cashback towards your stay in London when you book with TravelStay!
Simply enter TravelStay promotional code: LITTLE VENICE-4
Subject to deposit value of £16.00 or higher.

Book to stay near Little Venice from only £18.25 per person

Last updated: 30 Jan 23
Click here for full list of over 329 London accommodations! Search Offers: Save up to 50% for hotels near Little Venice