Head down to Kensington Palace! Stay nearby from only per person 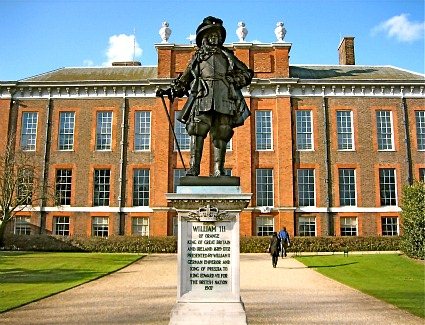 Kensington Palace: Once home to a list of illustrious monarchs and royals

Perhaps considered to be the London palace with the best surroundings, Kensington Palace is situated right on the edge of Kensington Gardens and Hyde Park, offering stunning views and peaceful surroundings. This was once home to a number of monarchs and royal relatives, from William and Mary, Queen Victoria and Princess Margaret to Diana, Princess of Wales. And it is Diana that is closely connected to the palace, as the Diana Playground and Memorial Fountain are located in the gardens. Kensington Palace was acquired by joint monarchs William and Mary in 1689 and since then it has been greatly altered and extended. However, you can still see Queen Victoria's bedroom, where she was first told that she was queen. The King's Gallery is also the largest and longest of the state apartments at the palace and has a number of items from the Royal Collection. Fashionistas can also take a look here at the Royal Ceremonial Dress Collection, where a number of gowns worn by past princesses and the Queen are on display.

The upmarket area of Kensington is a popular place for tourists to stay. Hotels near Kensington Palace are also close to the museums of South Kensington including the Science Museum, as well as department store Harrods. The Royal Albert Hall, Portobello Road Market and Hyde Park are also in close proximity to those who stay in cheap London hotels in Kensington. For example, Lexham Gardens Hotel has three-star accommodation in the heart of Kensington, equidistant from the London museums and the palace. TravelStay.com also has a range of London hostels in Kensington and bed and breakfasts near Kensington Palace. Astor Hyde Park is located right on the edge of the park, while the St Joseph Hotel London is a great example of the London bed and breakfasts in Kensington. Make sure that you search now and book a room with TravelStay.com for the best rates!

TravelStay Offer:
Receive £4.00 cashback towards your stay in London when you book with TravelStay!
Simply enter TravelStay promotional code: KENSINGTON PALACE-4
Subject to deposit value of £16.00 or higher.

Book to stay near Kensington Palace from only £9.00 per person

Last updated: 28 Nov 22
Click here for full list of over 329 London accommodations! Search Offers: Save up to 50% for hotels near Kensington Palace