Head down to Wembley SSE Arena! Stay nearby from only £16.00 per person 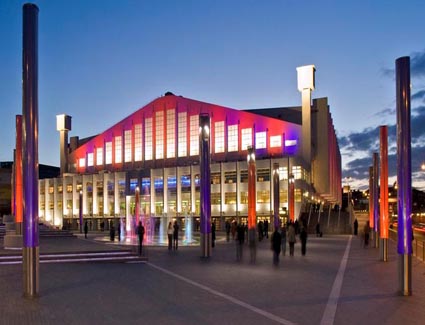 Wembley Arena is London's most sought-after gig venue, according to many people in the music industry who aspire to play to the huge crowds that fill out this vast space. Now, of course, the O2 Arena can rival Wembley in size. The venue opened in 1934 and has hosted some of the world's biggest music acts and sporting events ever since. It even lays claim to having hosted the 1948 Olympics. Past acts that have played the £35 million redeveloped venue include Madonna, the Beatles, David Bowie and Kings of Leon, while other special events range from the Dancing on Ice tour to snooker and International Strongman Championships, with family events like Walking With Dinosaurs also put on here. Nearby is Wembley Stadium, 'the home of English football', which hosts major football and rugby events.

Staying in hotels near Wembley Arena is ideal for people who have tickets to a gig and do not want to stay in cheap hotels in Central London and travel out to the venue. TravelStay.com has a number of cheap hotels in Wembley that are easily accessible by car or train and also allow you to reach the sights of Central London in less than half an hour. Situated very close to Wembley Arena is Quality Hotel Wembley, which offers just that, quality three-star accommodation. Or, you can stay in two-star rooms at Wembley Hotel London, also near Wembley Arena. Meanwhile, visitors on a tight budget can choose our range of budget London hotels like Euro Hotel Wembley, a cosy one-star hotel, or London hostels like the All Star Hostel London in nearby Kilburn. TravelStay.com has plenty cheap London hotels and bed and breakfasts near Wembley Arena online for you to choose from, offering you competitive low rates, so search now to secure your stay!

Top Pick New
Book to stay near Wembley SSE Arena from only £16.00 per person

Last updated: 01 Feb 23
Click here for full list of over 329 London accommodations! Search Offers: Save up to 50% for hotels near Wembley SSE Arena