Head down to Ronnie Scotts Cafe! Stay nearby from £19.00! 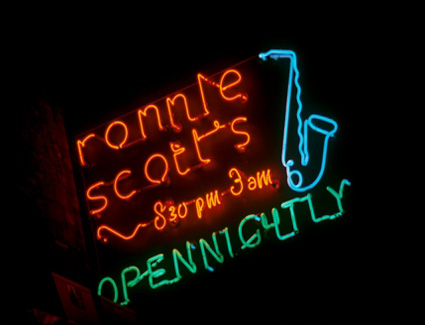 Situated in the heart of Soho, Ronnie Scott's Cafe is one of the oldest jazz clubs in the world, having opened in 1959 and brought old, modern and fusion jazz to the London public. Past performers that have graced the stage over the years include some of the best jazz acts, from Ella Fitzgerald to Miles Davis and Cleo Laine. Open seven days a week, the club has two sets a night before the doors shut at 3am. And in typical jazz cafe style, tables are stationed around the stage, although upstairs there is also Ronnie's Bar, set in the style of a 50s speakeasy. Many of the acts hail from the home of jazz in the US and can have a residence at the club for a few days or a few weeks. However, as this is such a popular hangout, it is advisable to book ahead as the nights regularly sell out. Those after a top night out can also find the Jazz Cafe in Camden, as well as plenty of bars and clubs in Soho, playing different music and open until the small hours of the morning.

Ideal for party animals, hotels near Ronnie Scott's Cafe are situated in the heart of London's nightlife hub, Soho, where the bars and clubs stay open late into the night. This historic area is also home to a large Chinatown, as well as a number of West End theatres, as the area is on the cusp of London's Theatreland. TravelStay.com has a variety of cheap hotels in Soho, as well as London hostels and even student rooms. For example, you can find four-star luxury on the doorstep of Soho at the Shaftesbury Piccadilly Hotel, or just a short journey from Soho you can find two-star accommodation at the Hallam Hotel London. Travellers on a shoestring might prefer the rates at the Piccadilly Backpackers Hotel, a great value London hostel in Soho, while High Holborn Hall becomes available in the early summer for cheap student accommodation, complete with shared kitchen. You can find all this and more when you book with TravelStay.com.

TravelStay Offer:
Receive £3.00 cashback towards your stay in London when you book with TravelStay! Simply enter TravelStay promotional code: RONNIE SCOTTS CAFE. Subject to deposit value of £15.00 or higher.

Book to stay near Ronnie Scotts Cafe from only £19.00 per person

Last updated: 23 Jun 22
Click here for full list of over 329 London accommodations! Search Offers: Save up to 50% for hotels near Ronnie Scotts Cafe