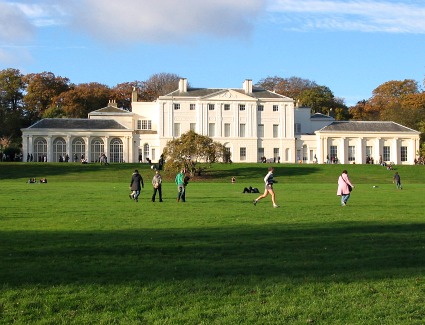 Kenwood House: An historic home within the surroundings of Hampstead Heath

Set in the stunning surroundings of Hampstead Heath, a London park of nearly 800 acres, Kenwood House is a sight to behold. Owned by English Heritage, the large home was remodelled in the 18th century and bought by brewing magnate Edward Cecil Guinness, first Earl of Iveagh, in 1925. He bequeathed the house and estate to the nation, along with some of his private art collection. A visit to Kenwood House enables the chance to see paintings by Rembrandt, Vermeer, Turner, Reynolds and Gainsborough. Meanwhile, the expansive garden features an ornamental flower garden, landscaped park and a walled garden. Keen film fans might also recognise Kenwood House in the movie Notting Hill. While in Hampstead Heath, a walk to Parliament Hill provides stunning views of London as it is one of the highest points in the capital, while brave souls can head for an outdoor swim at the unheated Parliament Hill Lido and Highgate Ponds.

Situated in North London, hotels near Kenwood House are ideal for reaching the upmarket area of Highgate, and Camden and Finsbury Park are also nearby. TravelStay.com has a number of budget London hotels to choose from, as well as other accommodation options such as London bed and breakfasts and London hostels. Central Hotel Golders Green is a comfortable two-star hotel close to Kenwood House, while Anchor House Hotel is a great example of the London B&Bs in the area. For a really cheap stay, the Palmers Lodge is a good quality London hostel in East Finchley. Whatever type of London rooms you choose, make sure you book with TravelStay.com for the best rates available.

TravelStay Offer:
Receive £3.00 cashback towards your stay in London when you book with TravelStay!  Simply enter TravelStay promotional code: Kenwood House. Subject to deposit value of £15.00 or higher.

Book to stay near Kenwood House from only £12.50 per person