Head down to Menier Chocolate Factory! Stay nearby from £12.95! 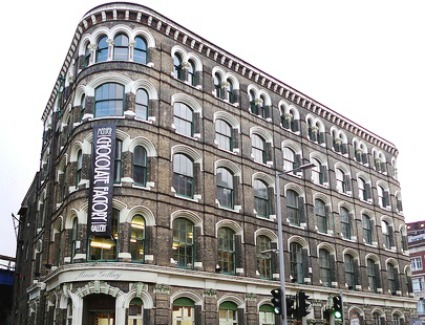 Established in 2004, Menier Chocolate Factory theatre has celebrated its first decade in operation this year, and it’s a decade to remember. The theatre has been hailed as one of London’s most dynamic, offering drama, musical theatre and stand-up comedy, and the associated restaurant is among some of London’s best at the price range. As an independent venue, ticket prices vary, but you’re not going to have opportunities to see these theatrical offerings elsewhere. The growing prestige of the theatre has attracted some large names, but the theatre doesn’t shy away from offering promising new talent a platform for their work. Altogether, this venue is one of the unsung heroes of London’s cultural tapestry.

Top Pick Family Friendly
Book to stay near Menier Chocolate Factory from only £12.95 per person

Last updated: 04 Aug 20
Click here for full list of over 329 London accommodations! Search Offers: Save up to 50% for hotels near Menier Chocolate Factory