English
The Strand, London
Nearby Hotel Offers
Room Type Search
Head down to The Strand! Stay nearby from only £15.00 per person
Quick Links

Head down to The Strand! Stay nearby from only £15.00 per person 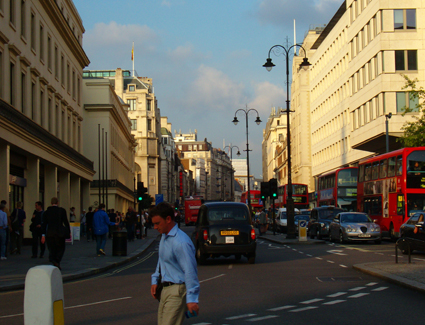 One of London's major thoroughfares, there are a number of things to see and do on the Strand and it also connects to other notable areas. Beginning at Trafalgar Square, home to the National Gallery, the Strand runs for around three-quarters of a mile ending at Chancery Lane and the old Temple Church. There are high street shops and restaurants scattered along the Strand, as well as a number of West End theatres, including the Lyceum Theatre, home to the Lion King. Historically, the Strand was lined with grand mansions, of which just Somerset House remains. Now open to the public, the building is home to the Embankment Galleries and hosts events including an open air ice rink during the winter months. Other buildings have been turned into plush hotels, like the recently refurbished Savoy. Attractions off the Strand include the London Transport Museum, the Twinings Museum, Covent Garden and Embankment.

Hotels and BnBs near The Strand London

TravelStay.com has a great selection of hotels near the Strand, putting you in the heart of Central London. Covent Garden is within walking distance of the cheap hotels and bed and breakfasts near the Strand, as well as Trafalgar Square and the Embankment on the River Thames. We have budget London hotels available to book that will put visitors in a great place to return to after a night at a West End theatre or after a night dancing in Leicester Square. Located at the top of the Strand off Trafalgar Square is the Grade II listed Northumberland House; quality rooms managed by LSE. Other London rooms include Anchorage Apartments and Grosvenor House Studios. We have great value London hostels in nearby Soho like the Piccadilly Backpackers Hotel or you can opt for four-star luxury at the Shaftesbury Piccadilly Hotel. All this and more when you book with TravelStay.com, so get your search started right now!

The Strand
Holborn
London
WC2N 5HE

Map of The Strand, London

TravelStay Offer:
Receive £4.00 cashback towards your stay in London when you book with TravelStay!
Simply enter TravelStay promotional code: THE STRAND-4
Subject to deposit value of £16.00 or higher.

Book to stay near The Strand from only £15.00 per person

Last updated: 27 Jan 23
Click here for full list of over 329 London accommodations! Search Offers: Save up to 50% for hotels near The Strand