Head down to London Planetarium! Stay nearby from £33.80! 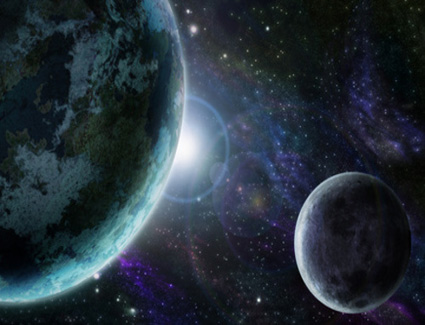 The Planetarium: Learn about the stars and the world around us

Part of the National Maritime Museum, the Peter Harrison Planetarium opened in 2007 and replaces the now defunct London Planetarium in Marylebone. Using Europe's first digital laser planetarium projector, the 120-seat planetarium is housed inside a 45-tonne bronze cone, which in itself has won a top architectural award. Located next to the meridian line at the Royal Observatory in Greenwich, the sides of the cone are aligned with astrological points. Shows screened at the Planetarium show images of space, as well as views looking back to Earth and up-to-the-minute images of space sent back by probes. While in the area, the vista from the top of the hill at the Royal Observatory takes in breathtaking views of East London and it also marks the spot where Greenwich Mean Time begins. There is also plenty of Tudor history to soak up here, while Greenwich Village has a number of shops, bars and cafes as well as the famous Greenwich Market.

Hotels near the Planetarium

Situated at the Royal Observatory, on top of the hill at Greenwich Park, hotels near the Planetarium are in a great location for getting to the attractions of the south-east London area. The London hostels and cheap hotels in Greenwich are also perfect for reaching gigs at the O2 Arena and for getting to and from City Airport. TravelStay.com has a selection of London bed and breakfasts in Greenwich, such as the Southside Budget Rooms in nearby New Cross. Meanwhile, the Antigallican Hotel offers cheap one-star rooms, or for a bit of four-star luxury, Hotel Onesixtwo is close to all of the attractions in Greenwich. Travellers keen to stay in London hostels in Greenwich can try the Journeys Greenwich West Hostel for accommodation on a tight budget. Greenwich accommodation is popular, so make sure you book your room with TravelStay.com for the best deals.

TravelStay Offer: Receive £3 cashback towards your stay in London when you book with TravelStay! Simply enter TravelStay promotional code: LONDON PLANETARIUM. Subject to deposit value of £15 or higher.

Book to stay near London Planetarium from only £33.80 per person

Last updated: 26 Jan 22
Click here for full list of over 329 London accommodations! Search Offers: Save up to 50% for hotels near London Planetarium