English
British Museum, London
Nearby Hotel Offers
Room Type Search
Head down to British Museum! Stay nearby from only per person
Quick Links

Head down to British Museum! Stay nearby from only per person 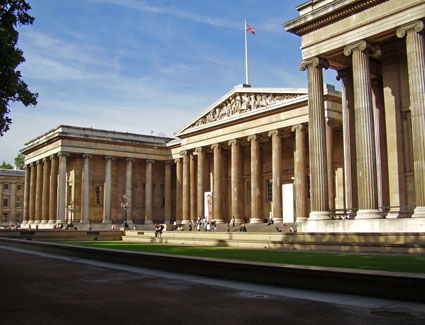 The British Museum: See key artefacts from the world's history for free

Perhaps the most famous museum in London, the British Museum houses seven million key artefacts that have shaped the world's history into what it is today. Situated in an imposing 18th century building in the heart of Bloomsbury, the British Museum has one of the best collections of Egyptian mummies and is also home to the world famous Rosetta Stone, which played a crucial role in deciphering hieroglyphs. Objects from Japan, Africa, the Incas and the Islamic Middle East are also on display, providing an in-depth history of humanity. Special exhibitions regularly take place here as well, with past exhibits including the Book of the Dead from Ancient Egypt and the Terracotta Army. While it will take more than a day to see everything in the British Museum, there are plenty of other things to do in the surrounding area, including a visit to the shops and markets at Covent Garden or a trip to see a West End show. What's more, you can expand your budget on London hotels with TravelStay.com because the British Museum is absolutely free!

TravelStay Offer:
Receive £4.00 cashback towards your stay in London when you book with TravelStay!
Simply enter TravelStay promotional code: BRITISH MUSEUM-4
Subject to deposit value of £16.00 or higher.

Book to stay near British Museum from only £17.99 per person

Last updated: 26 Jan 22
Click here for full list of over 329 London accommodations! Search Offers: Save up to 50% for hotels near British Museum