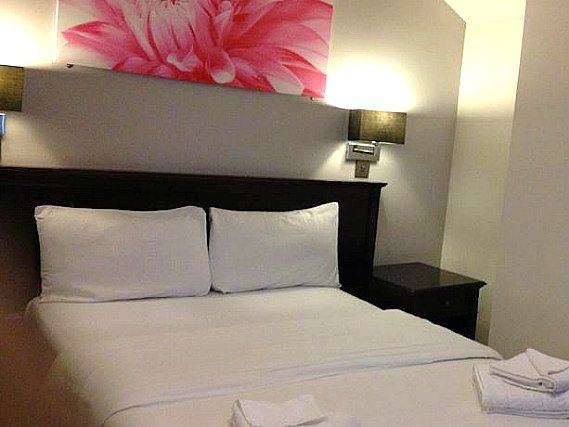 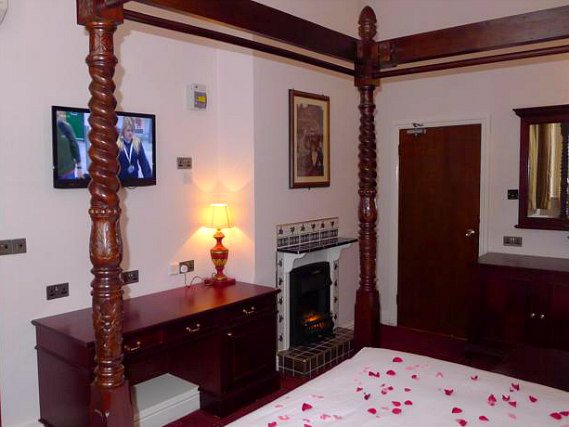 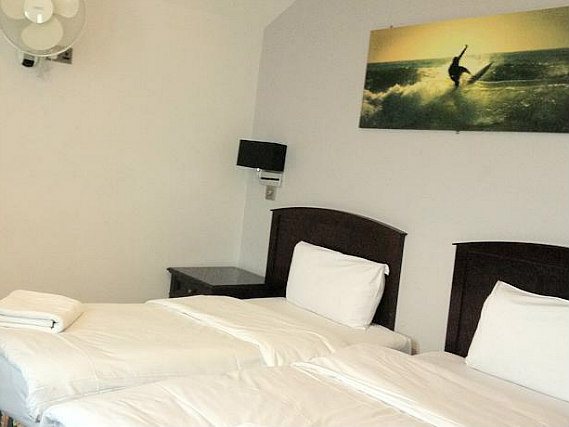 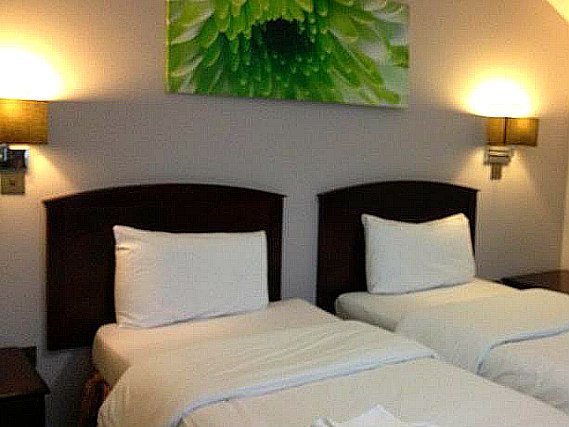 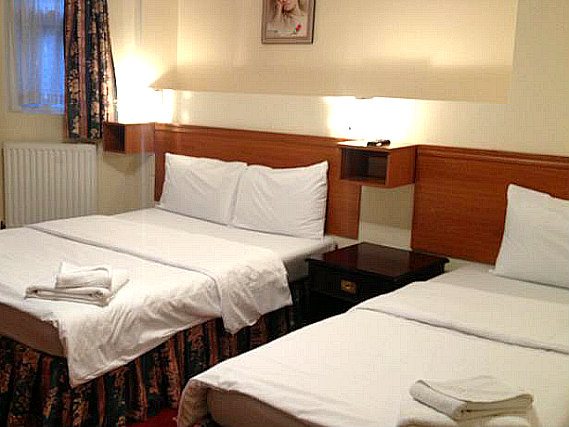 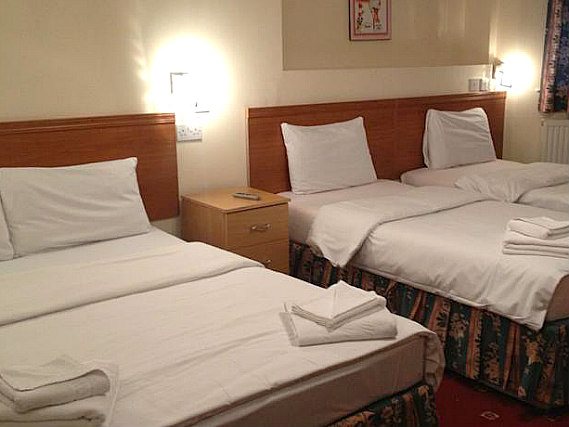 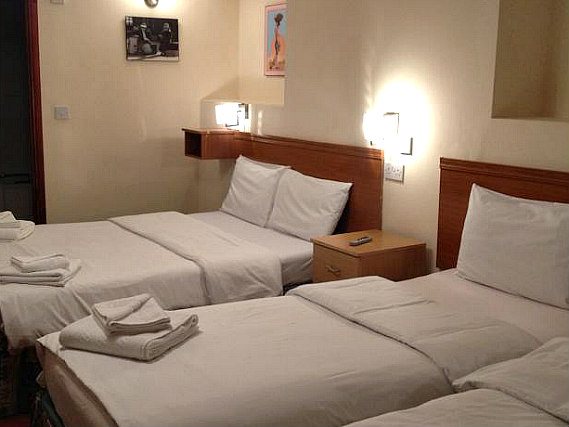 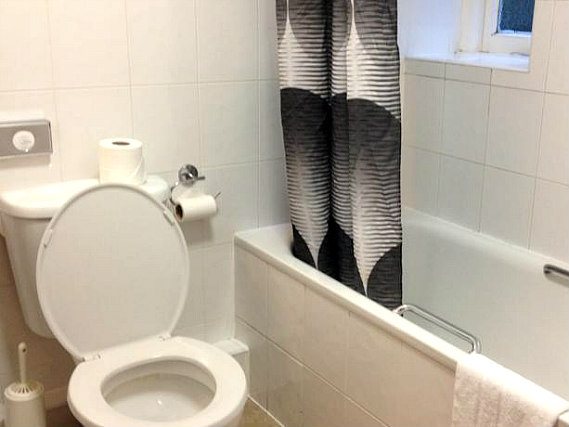 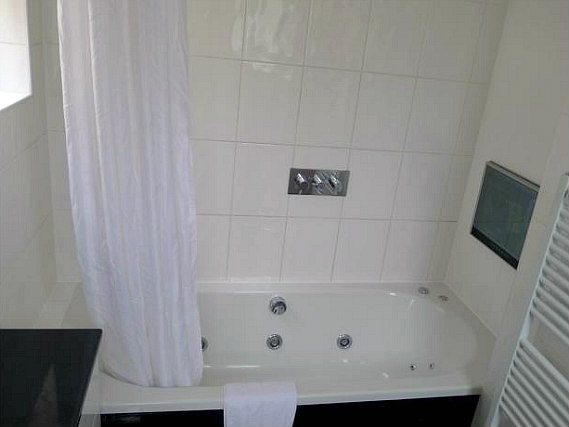 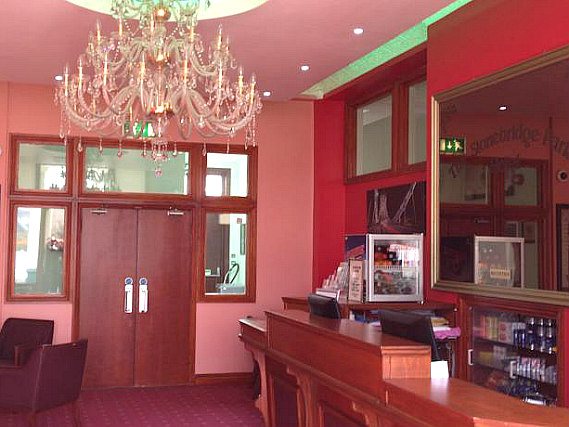 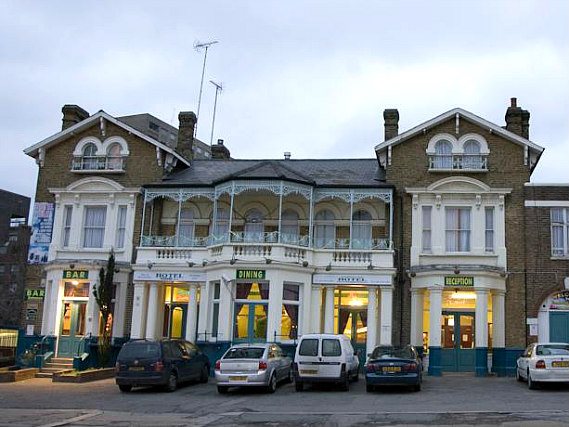 Bridge Park Hotel is just what you need if you’re looking for a heavily discounted, recently refurbished hotel on the doorstep of Wembley Stadium, with fast access to Central London. You’ll find plenty of free parking here, as well as a hotel shop, a 24 hour reception, an internet cafe and free wireless internet access. Choose the breakfast option and a tasty full English breakfast will be included in the price of your room. (Room Only options are also available. You can save more money on eating out by ordering snacks from the bar or cooking for yourself in the self-catering kitchen.

Bridge Park Hotel has a range of rooms to suit your needs, from single beds in shared - multi-gender dormitories to private quad rooms. Whatever room you book you will find tea and coffee making facilities (in private rooms), a colour television, fridge and washbasin inside. If you opt for the slightly more expensive privacy of ensuite, you will also find a bath (in most rooms), shower and toilet. Handy amenities like room service, an iron and board, hairdryer and laundry service are available on request.

As Bridge Park Hotel is less than 2 miles from Wembley Stadium and Arena, this is the perfect place to stay if you’re coming to watch a concert or sporting event here. You will also find Brent Cross Shopping Centre nearby. To explore central London, you should make the most of public transport. The number 18 bus, which stops outside your hotel, will take you straight to Regents Park and Madame Tussauds. Travel via tube and you can get to places like Oxford Street and Piccadilly Circus with ease.

When would you like to stay at Bridge Park Hotel?
Display multiple room types (e.g. 1 Double and 1 Twin)
View Room Combinations

Bridge Park Hotel also has a restaurant serving tasty lunches every day of the week, a licensed bar and 24 hour room service.

A self-catering guest kitchen is also available for guests who want to prepare their own meals. This is available for all guests including those booking on a 'Room Only' basis.

There is FREE parking at Bridge Park Hotel.

The hotel is located outside of the London Congestion charge zone.

Relax with friends outside on the terrace at Bridge Park Hotel.

FREE for one child under 2 years of age using a cot. Extra rollaway beds are not available.  (This is only available in Private Rooms.)

Children under 18 years of age are not permitted into shared dormitories.

Relax in the bar or the restaurant at Bridge Park Hotel, or enjoy a walk in Gibbons Recreation Ground or Tokynton Recreation Ground, both of which are only 15 minutes walk away. Within 2 miles you will find The Gym Wembley, which offers a GBP 5.00 daily rate. You can also request a free one-day pass to nearby Nuffield Health Brondesbury Park Fitness & Wellbeing Centre, a 10-minute taxi ride away, which has a swimming pool, sauna and steam room. (External facility prices valid at September 2014.)

The hotel can arrange a taxi to Wembley Stadium at your convenience. The fare will typically be around GBP 8.00 depending on what time you travel.

Breakfast options: Room Only or English Breakfast. Full self-catering facilities are available in the shared kitchen.

You will find that Harlesden Train Station is within easy walking distance of Bridge Park Hotel.

To get to Bridge Park Hotel on the tube you should travel on the Bakerloo Line and get off at Harlesden or Stonebridge Park Tube Station.

Once you get to Harlesden Train / Tube Station you should exit onto Acton Lane and turn left. Take the 1st left into Winchelsea Road and carry straight on to Knatchbull Road. Once you reach the end turn left into Hillside where you will find Bridge Park Hotel at number 16.

Upon arrival at Stonebridge Park Tube Station, you need to exit onto Argenta Way and turn left. Start walking and then turn right into Point Place. At the end of this road, take another right into Brentfield Road. Carry straight on onto Hillside where you will find Bridge Park Hotel.

A lovely London hotel, but there was no 24 room service for food as stated on their website which I was told when I called up for food, it would have been nice to know this when I checked in as I would have found a shop close by as I want unable to take my pain medication that night when I returned to the hotel at half 11. I was told on the phone that this was due to works taking place The room was also very warm when the radiator was off, though this may have been because I wasn't feeling well after not eating for a long while. I would book Bridge Park Hotel again, as the bed was huge for a double and very comfortable, and there was a good selection for the breakfast buffet. Both the room and buffet were very good and were good value for money

A very good but short stay at Bridge Park Hotel. Clean room but more importantly, all the staff from the receptionist to the bar staff and night porter were so friendly and helpful. Thank you

Very good value for money, would highly recommend Bridge Park Hotel to others. Breakfast was great, and even better that it goes on until 11am. Enjoyed my stay