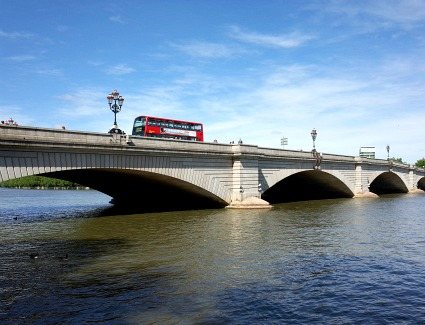 Putney Bridge was originally built because a vexed Robert Walpole (soon after Prime Minister) needed to get across the river in a hurry, and the boatman was getting sloshed in a pub on the opposite side and didn’t much care who needed his services that night. So in 1729 it was built, of wood, and 150 years later was replaced by the bridge that we see today, when health and safety officers all breathed a sigh of relief. More than allowing Sir Walpole to get to Parliament, the bridge also linked up the grounds of Fulham Palace to Putney in the south. As a fun fact, it’s Britain’s only bridge with a church at either end, making Sundays quite an event!

Family Friendly
Book to stay near Putney Bridge from only £15.00 per person

Last updated: 04 Aug 20
Click here for full list of over 329 London accommodations! Search Offers: Save up to 50% for hotels near Putney Bridge