Head down to Phoenix Arts Club! Stay nearby from £13! 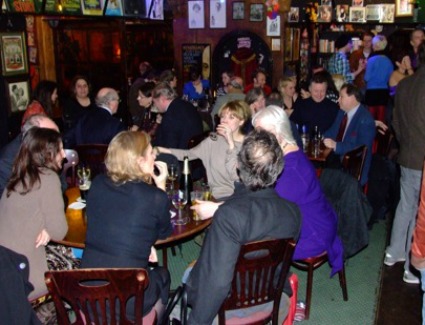 The venue’s own promotion bills it as “entertaining entertainers since 1988”, and that’s exactly what it does. Phoenix Arts Club is frequented by the UK’s entertainment elite, and though it is a members club, one-off membership can be had and a great night at the same time. It’s an intimate venue, but not pretentious as one might expect of a performer’s bar, offering food, drink and a chance to rub shoulders with the stars. Time was, actors who drank there pinned their 10x8 headshots above the bar; and if that’s still there, you can see what stellar company you’re drinking in. The venue is also available for hire.

Top Pick
Book to stay near Phoenix Arts Club from only £13.00 per person

Last updated: 02 Jul 20
Click here for full list of over 329 London accommodations! Search Offers: Save up to 50% for hotels near Phoenix Arts Club