Head down to Shepherds Bush Empire! Stay nearby from only £17.00 per person 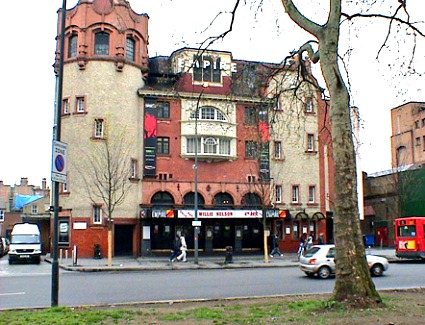 If you’re in the White City area to catch a show, then bed and breakfasts near Shepherds Bush Empire are right up your street. Not only is there the venue itself, but you can make use of the fantastic Westfield London, the local markets on Goldhawk Road, or catch some theatre at the Bush Studios. TravelStay.com offers a great deal of accommodation in the White City and Holland Park areas, so scroll down or search now to make the most of our up-to-date deals and book one of our hotels near Shepherds Bush Empire today!

TravelStay Offer:
Receive £4.00 cashback towards your stay in London when you book with TravelStay!
Simply enter TravelStay promotional code: SHEPHERDS BUSH EMPIRE-4
Subject to deposit value of £16.00 or higher.

Top Pick
Book to stay near Shepherds Bush Empire from only £17.00 per person

Last updated: 30 Jan 23
Click here for full list of over 329 London accommodations! Search Offers: Save up to 50% for hotels near Shepherds Bush Empire