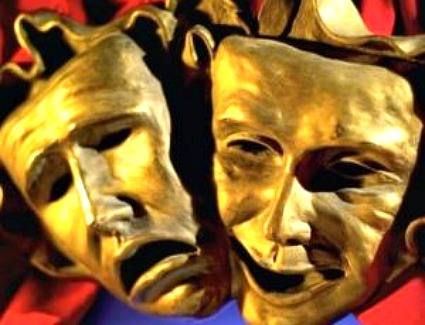 The Royal Academy of Dramatic Art, otherwise known as RADA, is the top training centre for actors, stage managers, directors, designers and technical stage craft specialists in the city. We'll give you £3 cashback when you book, simply enter TravelStay promotional code: RADA

This shouldn't put off those staying in cheap London hotels from visiting though as it is more than just a drama school.

It puts on productions, directed by and starring its students, with the most recent being The Illusion and Possessed.

There are also dance showcases, classics in bite-size shows and pop-up operas that you can see at RADA.

You can also attend a range of events at the RADA bar, such as poetry readings, jazz music recitals and comedy.

For those interested in boosting their own acting skills, the Academy puts on workshops about movement, putting on an American accent and monologues, to name just a few.

If you prefer films and going to the cinema rather than the theatre, you can attend The Screen @ RADA London, which broadcasts a range of cultural films, with upcoming titles being La Traviata and The Fairy Queen.

TravelStay Offer: Receive £3 cashback towards your stay in London when you book with TravelStay!  Simply enter TravelStay promotional code: RADA. Subject to deposit value of £15 or higher.

Book to stay near RADA from only £13.00 per person

Last updated: 27 Oct 20
Click here for full list of over 329 London accommodations! Search Offers: Save up to 50% for hotels near RADA