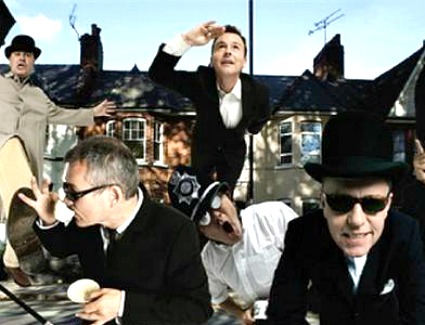 Fans of ska are sure to want to catch Madness on their latest UK arena tour this winter as they will be playing both old and brand new material. We'll give you £3 cashback when you book, simply enter TravelStay promotional code: MADNESS 2013

Arguably, the best time to catch this always-fun band is at the, what is sure to be spectacular, finale of their nationwide tour on December 14th.

Suggs and his fellow band mates will be bringing their ska-filled pop to London's O2 Arena, which is always a sell-out venue.

Playing songs from their upcoming album, which is a follow-up to the critically-acclaimed Liberty of Norton Fulgate, Madness fans would be mad to miss out on this live concert.

The audience are also set to be treated to some of the band's biggest hits such as Baggy Trousers and It Must Be Love.

Tickets range from £33.75 to £53.75 but be quick as they are sure to sell out fast. To make the most of the weekend Madness play, booking accommodation in London is a must!

With the nearest tube station to the venue being North Greenwich, which is on the Jubilee line, booking cheap hotels in Greenwich is the best option after skanking along to Madness.

TravelStay Offer: Receive £3 cashback towards your stay in London when you book with TravelStay!  Simply enter TravelStay promotional code: MADNESS 2013. Subject to deposit value of £15 or higher.

Last updated: 10 Aug 20
Click here for full list of over 329 London accommodations! Search Offers: Save up to 50% for hotels near Madness 2013