Head down to Hammersmith Apollo! Stay nearby from only £17.50 per person 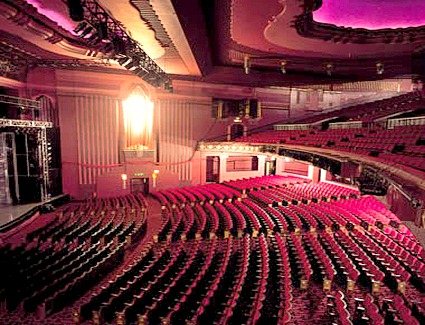 Aside from the top notch comedy and concerts you can see at the venue itself, there’s a whole lot you can do if you stay in hotels near Hammersmith Apollo. Hammersmith is home to the Distillers pub, which has one of London’s best and quirkiest beer gardens, and the Riverside Studios, which offer the best of theatre, film and dining. TravelStay.com has a great number of hotels, hostels and bed and breakfasts near Hammersmith Apollo as well as the nearby areas of Earls Court and West Kensington, so to make the most of our latest deals, scroll down or search now!

TravelStay Offer:
Receive £4.00 cashback towards your stay in London when you book with TravelStay!
Simply enter TravelStay promotional code: HAMMERSMITH APOLLO-4
Subject to deposit value of £16.00 or higher.

New
Book to stay near Hammersmith Apollo from only £17.50 per person