Head down to Battersea Power Station! Stay nearby from only per person 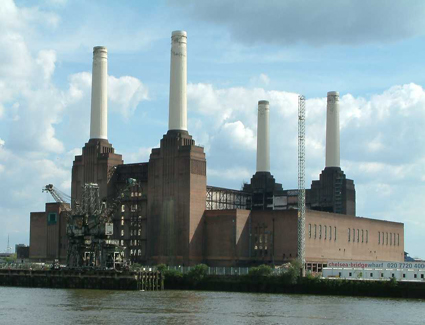 The UK has a proud heritage of making sure that interesting buildings from antiquity don’t go the way of the dodo, however Battersea Power Station really has split opinion. For some, it is an ugly relic symbolising unbridled capitalism, for others it is a beautiful building with untellable potential. Built in the 1930s, the power station was providing electricity to London until 1983 and still holds the title as the largest brick building in Europe. For a long time, its use was being debated, with many investors lining up and interested. Now, much of it is being developed into high-end property, though there will still be much space allocated to other endeavours.

There are a great many hotels near Battersea Power Station, and they give guests great on foot access to some of London’s lesser-known but nonetheless fantastic attractions. Visitors can catch a concert, play or exhibition at the Battersea Arts Centre, see a bit of gypsy jazz at Le Quecumbar, gaze at the impressive power station itself or just stroll around Battersea Park. For great deals on bed and breakfasts near Battersea Power Station, be sure to check out what we have on offer at TravelStay.com. We’ve the very best deals around, so search now or just scroll down!

TravelStay Offer:
Receive £4.00 cashback towards your stay in London when you book with TravelStay!
Simply enter TravelStay promotional code: BATTERSEA POWER STATION-4
Subject to deposit value of £16.00 or higher.

2 Star B and B
3.6
B&B near Battersea Power Station, LondonView map
0.0 Miles

Book to stay near Battersea Power Station from only £17.50 per person