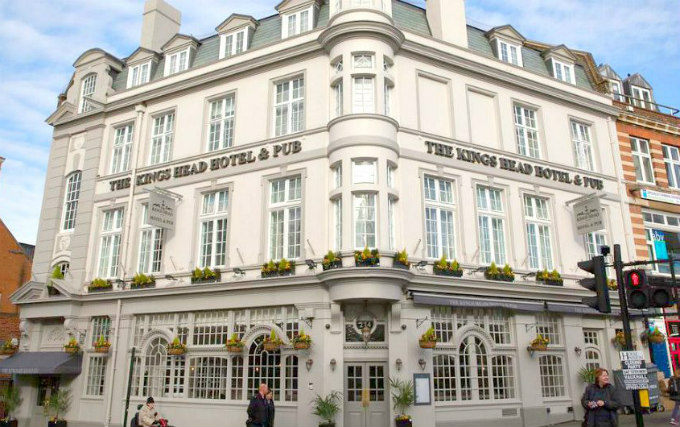 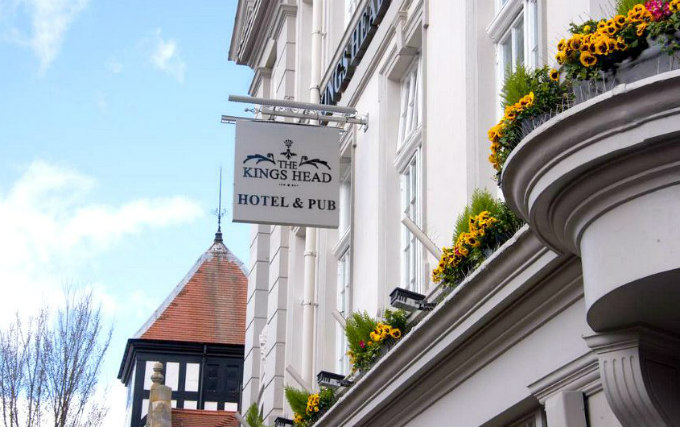 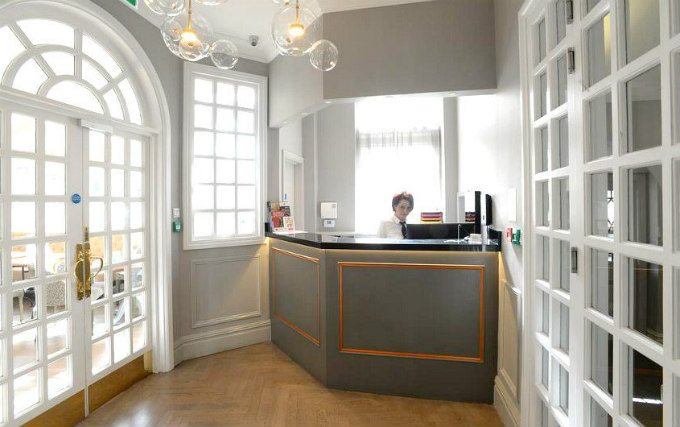 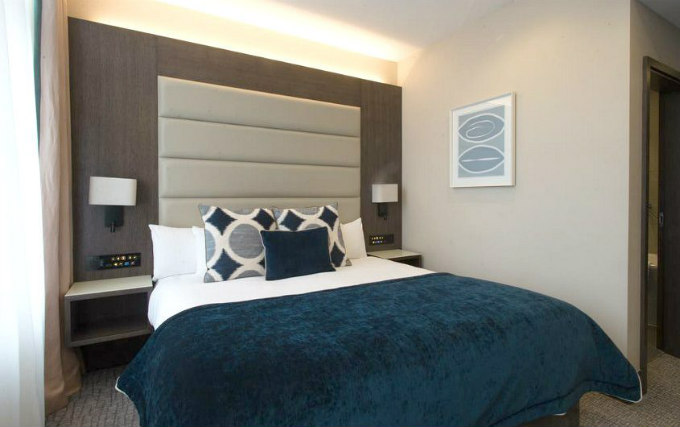 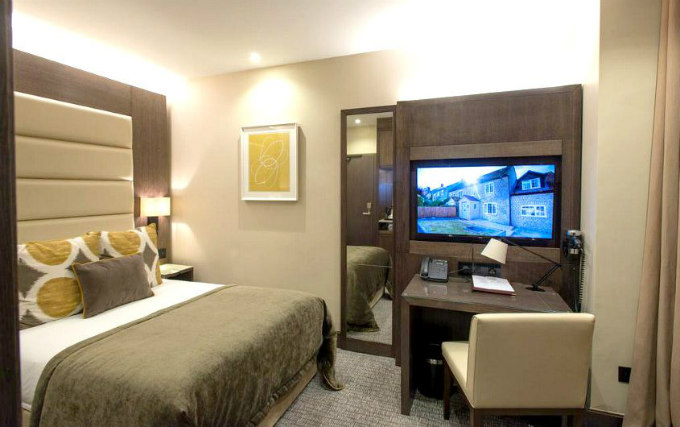 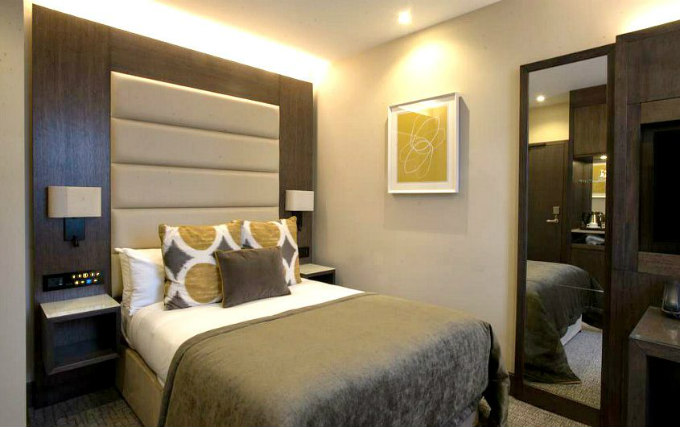 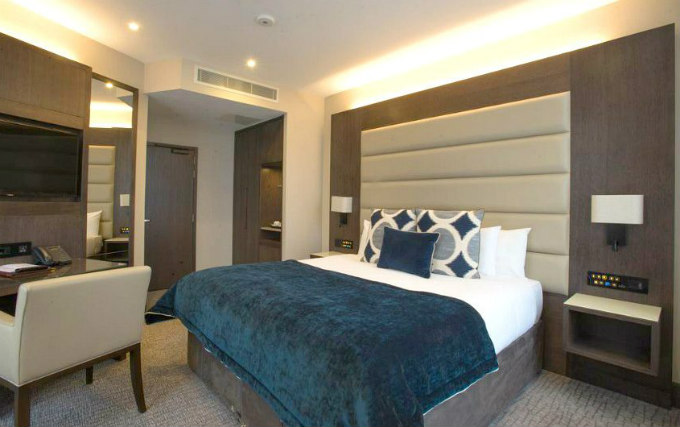 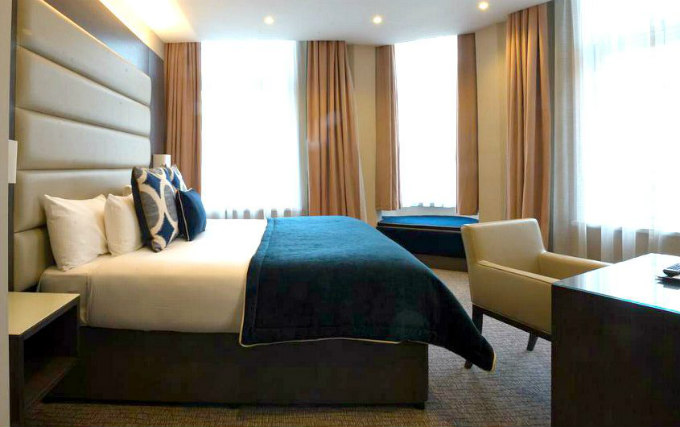 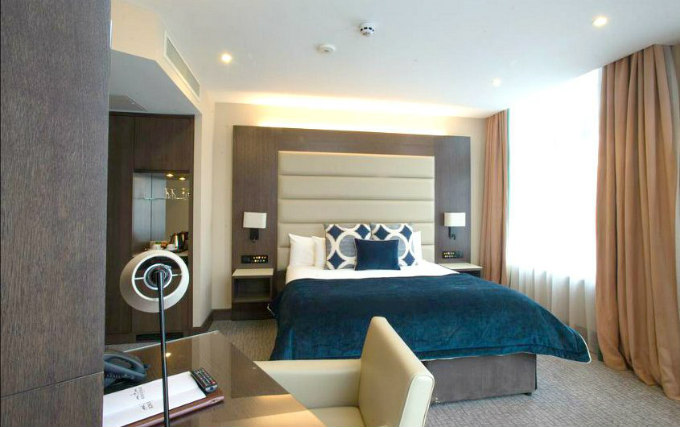 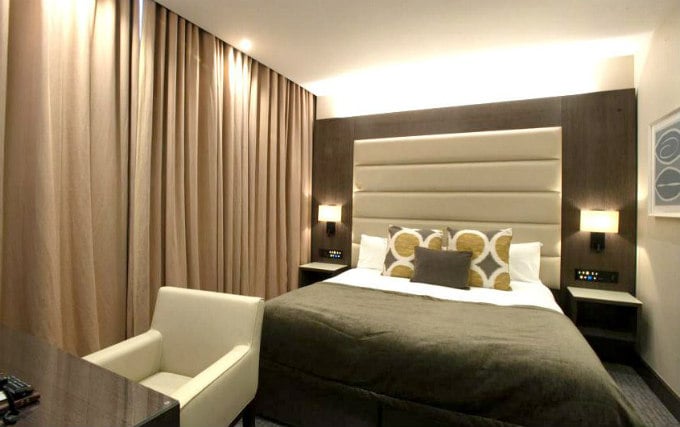 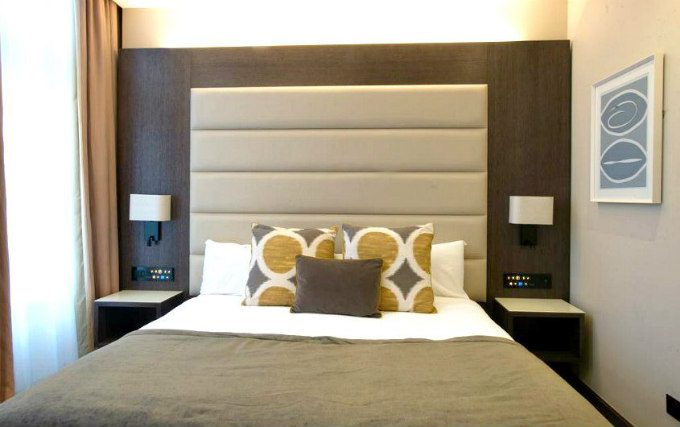 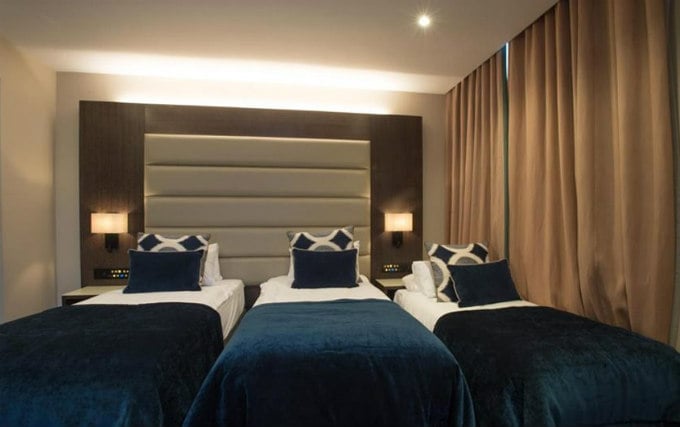 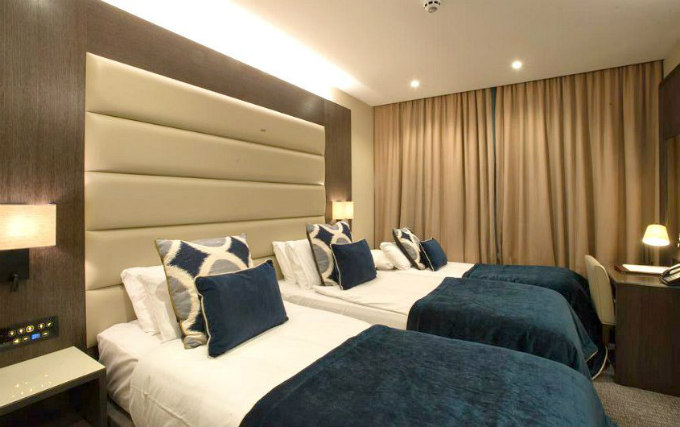 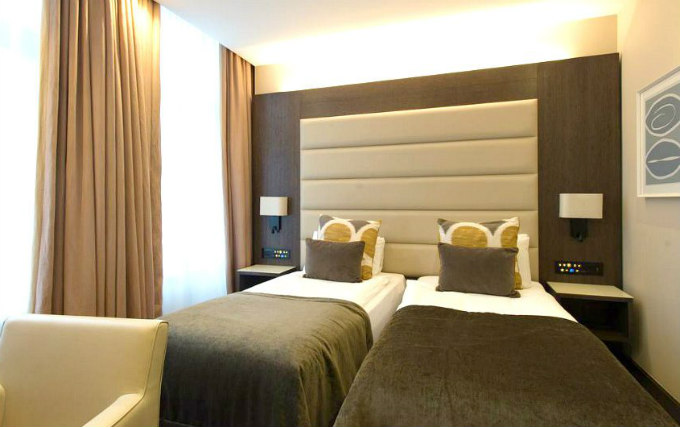 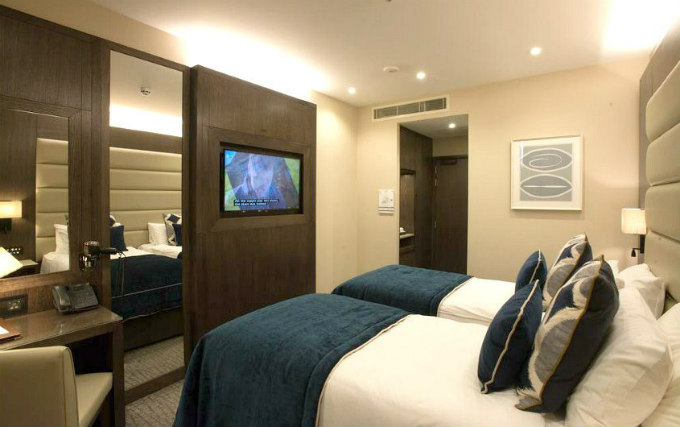 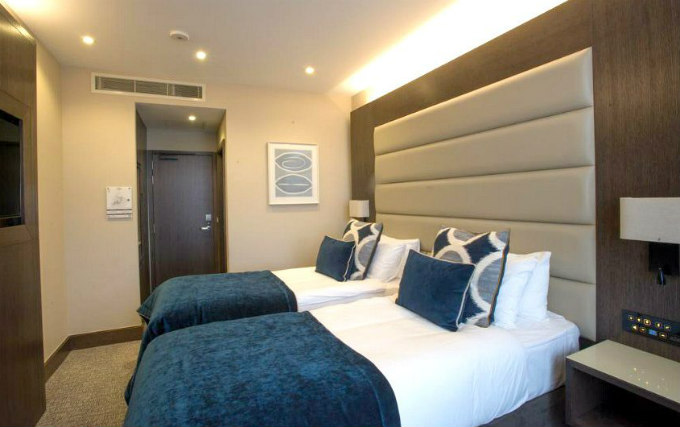 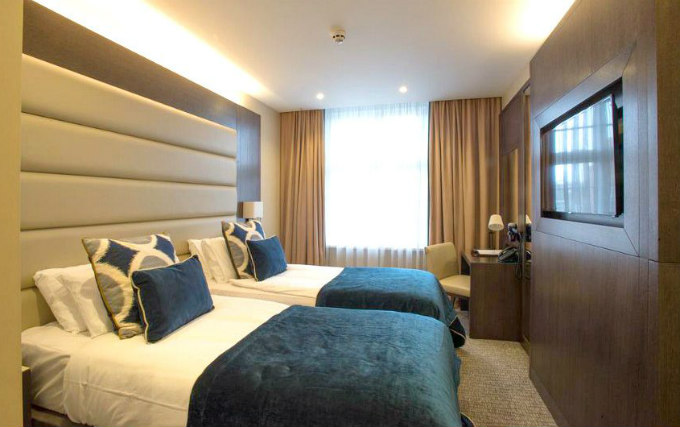 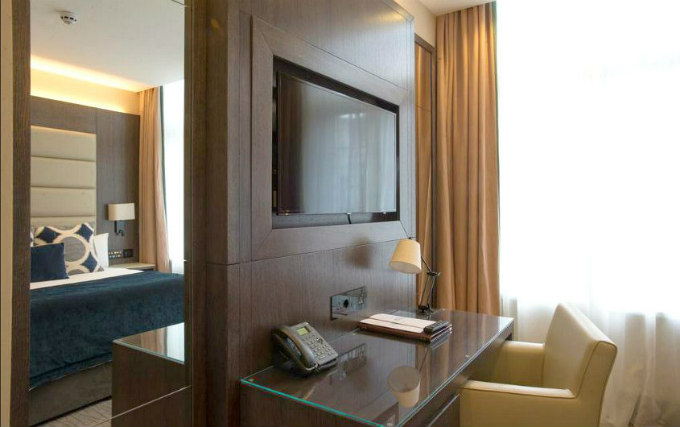 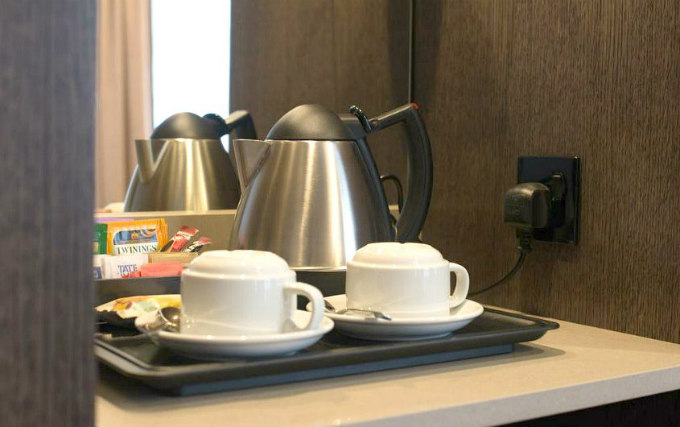 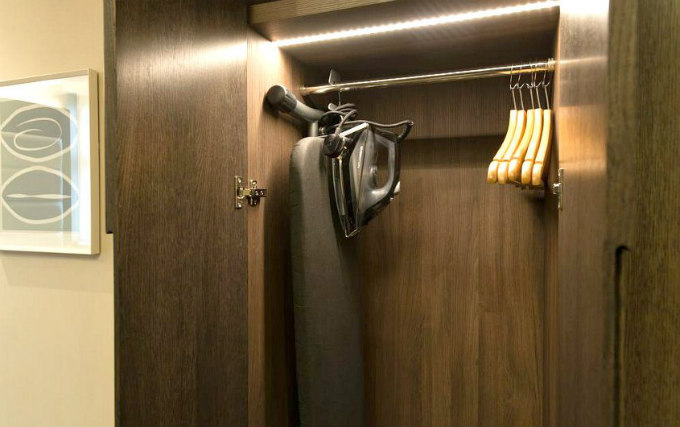 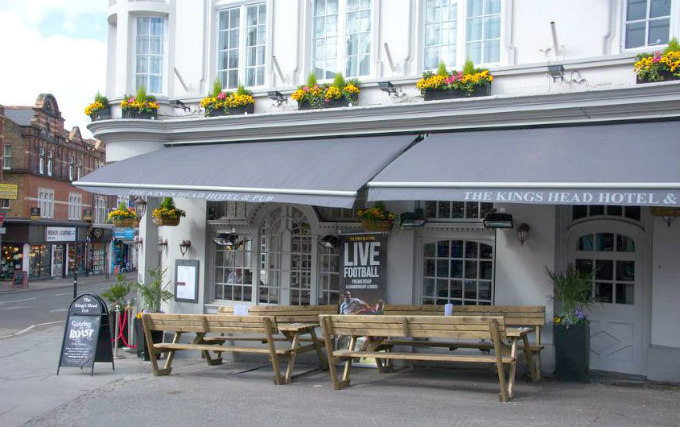 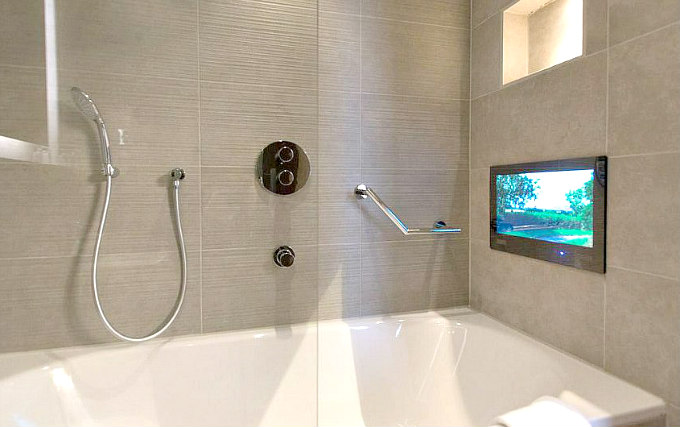 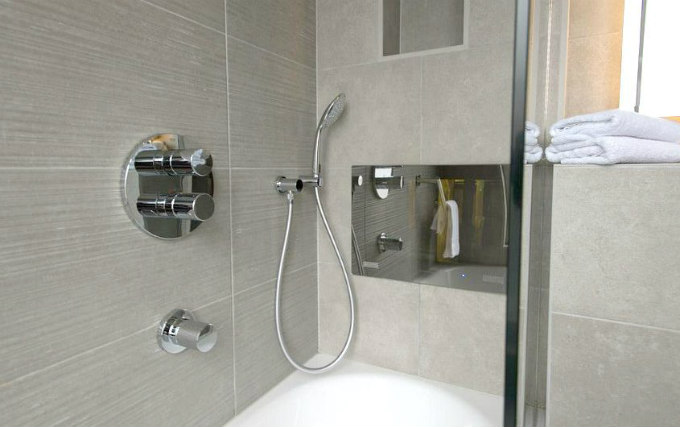 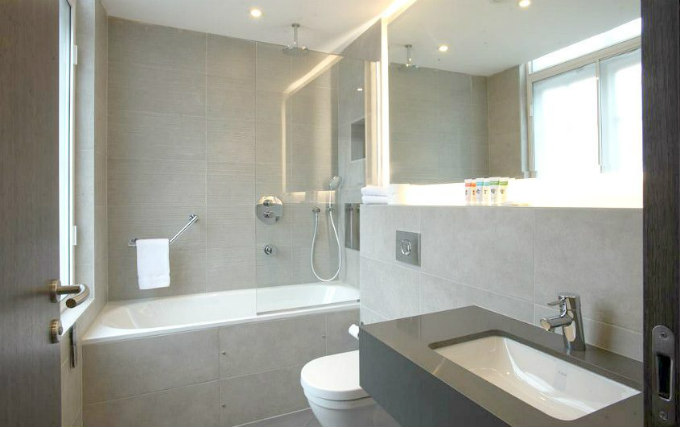 The Kings Head Hotel was formerly a charming Victorian pub, now a deluxe boutique hotel with a bar and restaurant where our guests can relax and enjoy a cocktail of their choice. Situated in the heart of West London, The Kings Head Hotel Acton is just 8 minutes' walk from Acton Town underground station and main station, which is served both by the Piccadilly and District Lines thus providing easy access to the London's major tourist attractions including the museums of South Kensington, Harrods, Royal Albert Hall, Hyde Park, Theatreland, Covent Garden, Piccadilly Circus and as well as Heathrow Airport and the main railway stations such as Victoria, King's Cross, Liverpool Street Station.

All rooms are air-conditioned and include an ensuite bathroom with under floor heating. The vast majority of rooms also have a TV in the bathroom. The rooms have a mini fridge, a safe, a smart 42 inch TV with satellite TV and a coffee and tea station. Free WiFi is available throughout the entire hotel.

Click here to book the The Kings Head Hotel Acton from £30.00

Click here to book the The Kings Head Hotel Acton from £30.00

This hotel looks the part, very stylish furnishings. Can get to Heathrow Airport easily. I will stay at The Kings Head Hotel Acton the next time I come to London

Amazing hotel! Very handy to have a supermarket so close for picking up snacks and drinks. We felt very posh having a TV on the wall in the bathroom. Really good food in the restaurant. Helpful staff too. It's a bit of a walk to the train station, but that was fine for us. Would definitely book The Kings Head Hotel Acton again

The Kings Head Hotel Acton is beautifully renovated. Loved the TV in the bathroom and heated floor, and the comfortable bed. Very friendly staff. Our room was a little on the small side, but that's no big deal when you're out and about all day. Great meals too

TravelStay have over 3 reviews of The Kings Head Hotel Acton from previous customers who booked through TravelStay.com: The world's leading website for cheap London accommodation.

Every review has been manually checked for authenticity and has been validated as a genuine review.

TravelStay.com has specialised in cheap hotels in London since 1999, collecting thousands of customer reviews every month. Only the most recent reviews for The Kings Head Hotel Acton are shown.

Thank you for your entry :)
Please 'Like' TravelStay on Facebook
We will notify the winners in due course