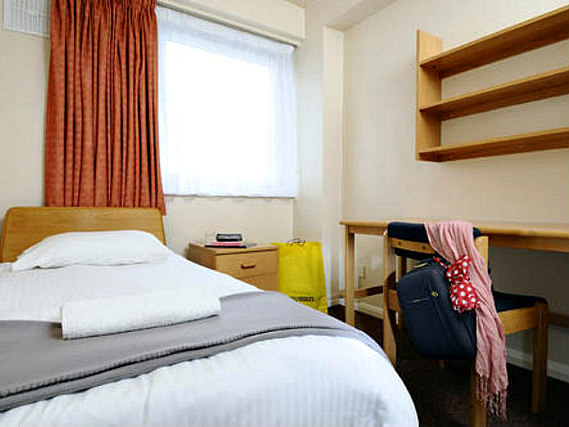 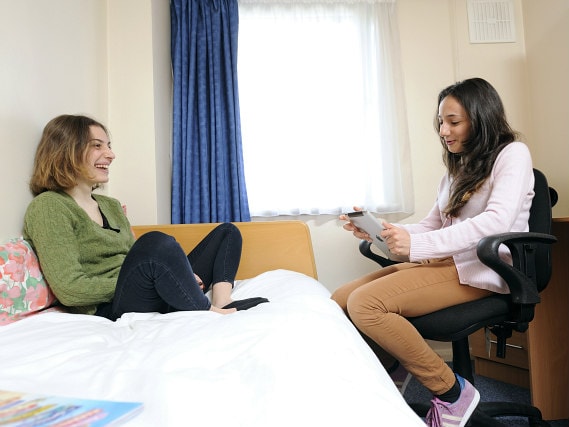 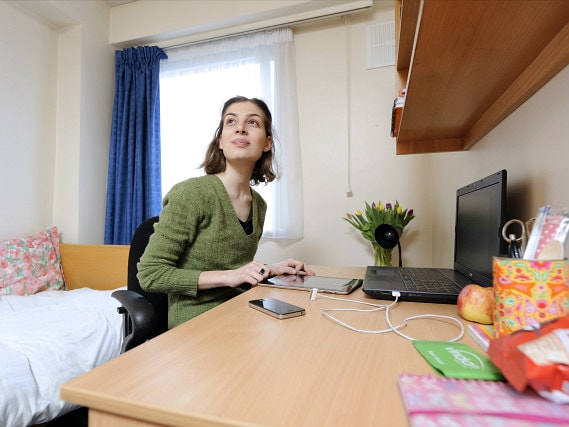 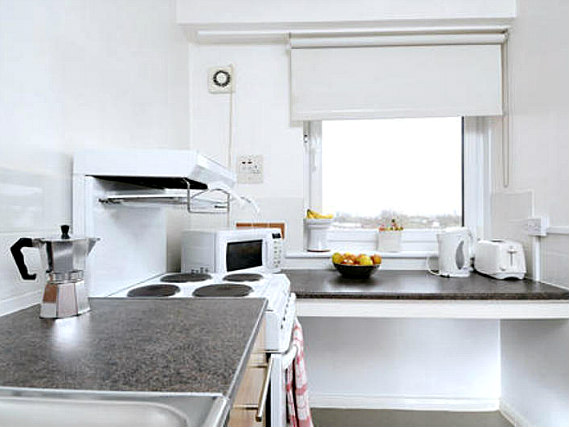 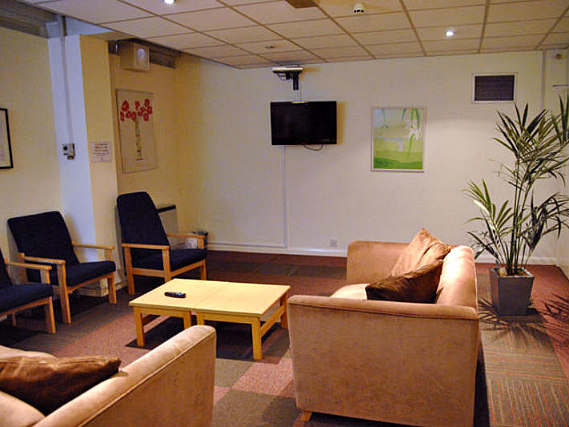 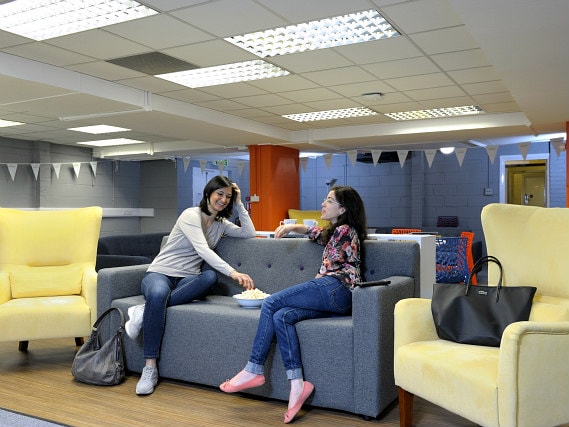 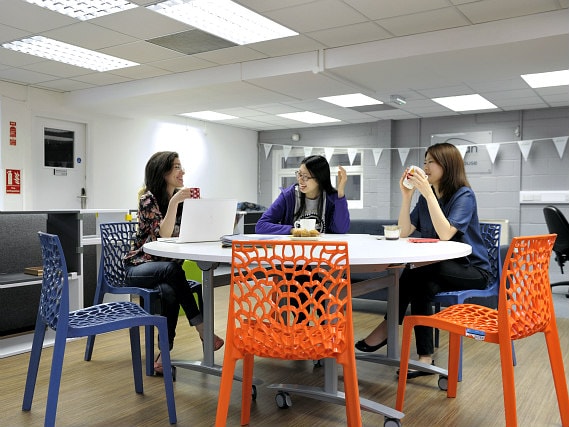 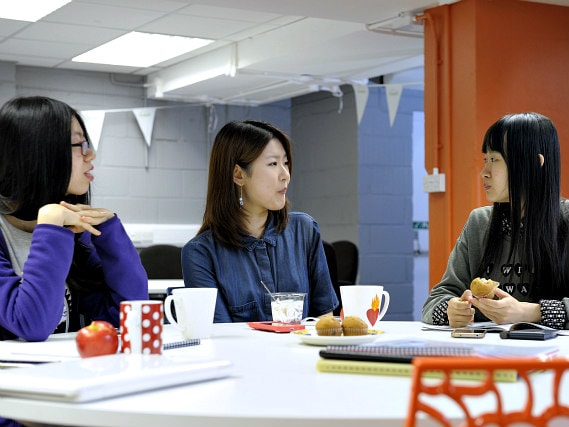 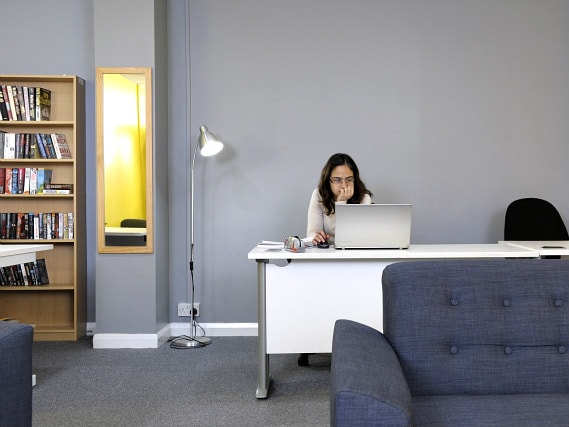 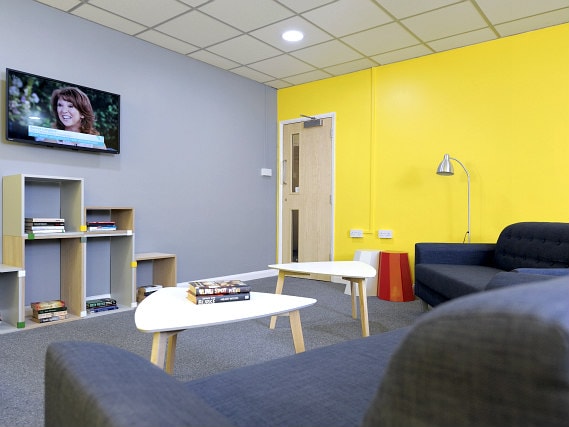 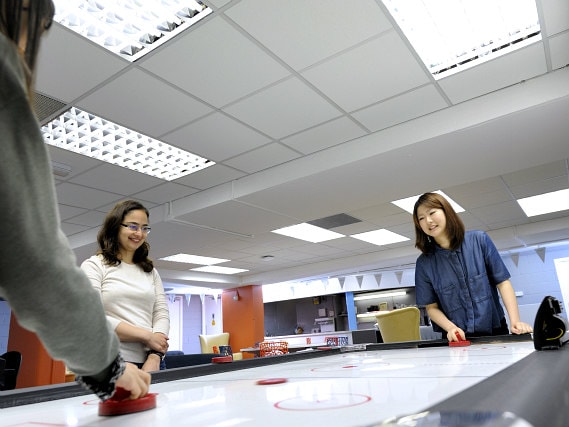 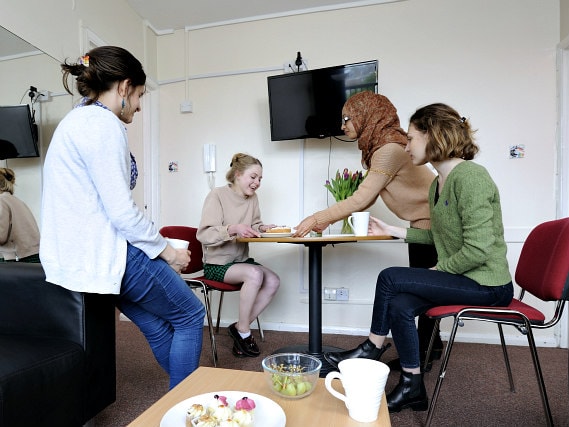 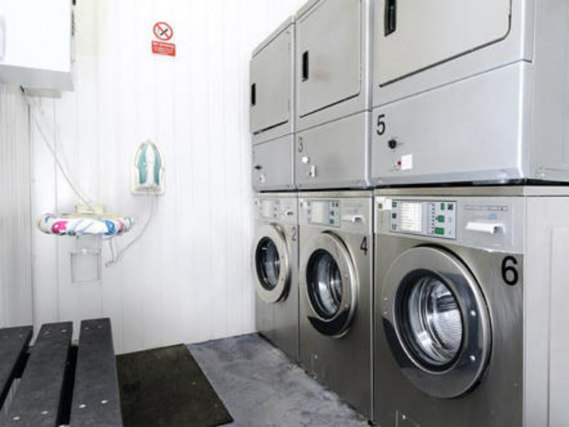 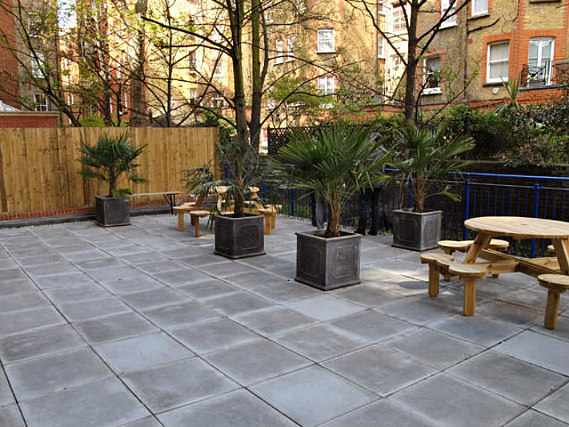 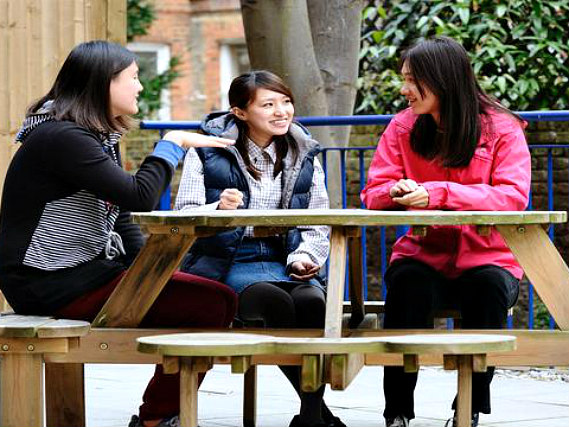 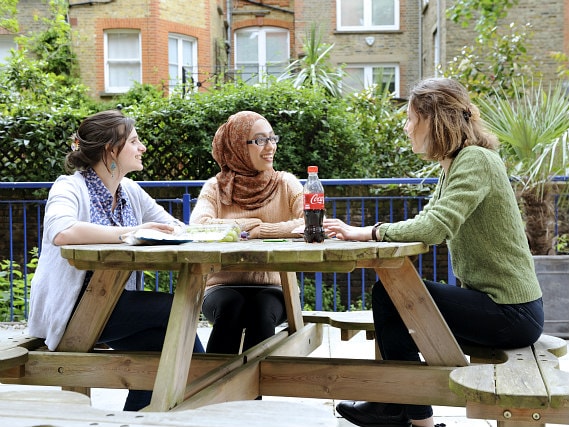 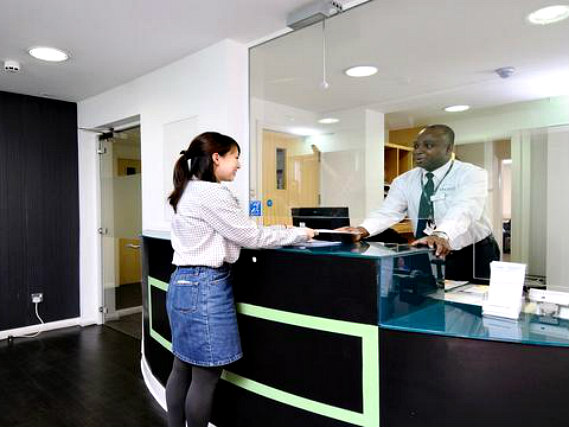 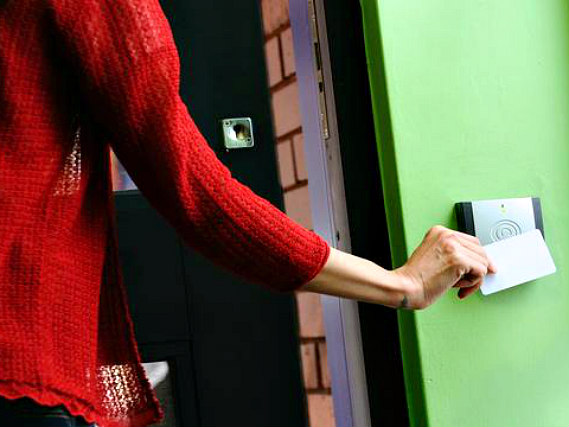 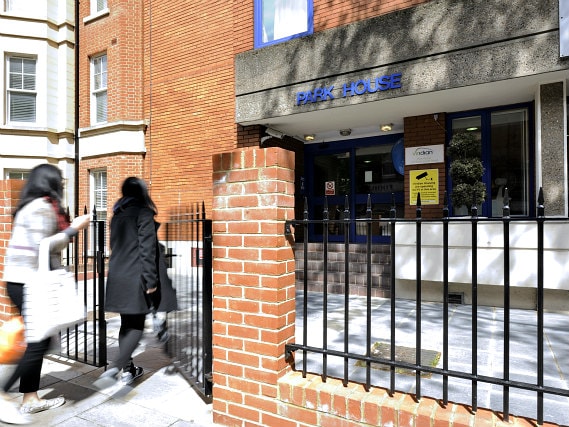 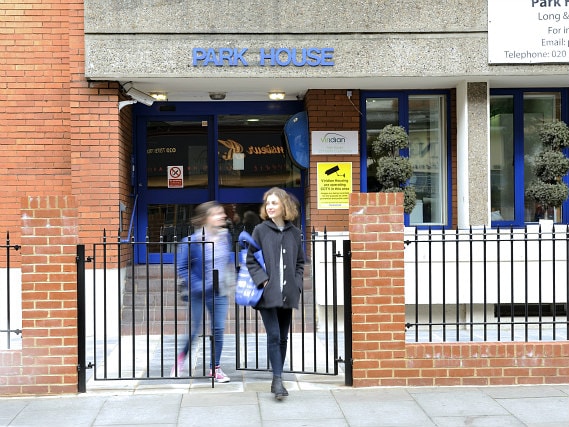 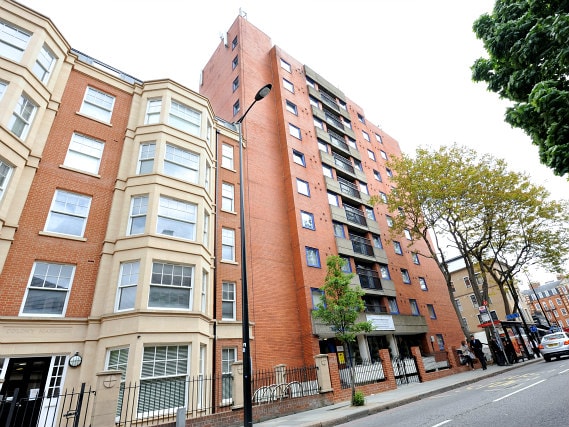 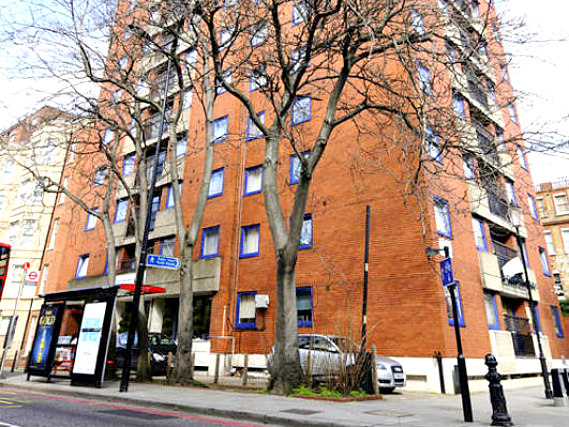 This London accommodation in Earls Court is a short walk from the Underground, and offers 24 hour staffing, security cameras and key card access for your safety. This accommodation has a friendly atmosphere with many foreign students staying here. You will always find someone to watch Sky TV with in the lounge, or chat to while you're cooking in the kitchen.

Park House Hostel London only offers individual single rooms, in this modern-red brick building, so you will never have to share. Your room will be clean and tidy, with easy access to a shared bathroom and toilet. You'll find a clean towel on your bed, a lamp for reading, and you will have internet access for keeping in touch with loved ones. There's also a shared laundry facilities available. On arrival you'll soon meet new friends, who'll tell you the best local pub, places to go and see, or even join you for a drink!

Park House Hostel London is just a few minutes walk from Earls Court, ideal if you are attending a concert or exhibition. Earls Court has a great international community, so you'll find lots of friendly (and safe) bars and pubs within walking distance. Hop on the Underground at Earls Court Station, and within minutes you'll be in the heart of London. Explore the delights of the Natural History Museum in South Kensington>, or splash out and go shopping in Harrods at Knightsbridge, only a short bus ride away

When would you like to stay at Park House Residence?
Display multiple room types (e.g. 1 Double and 1 Twin)
View Room Combinations

FREE WiFi is available to all guests when you book through TravelStay.com

Comments
Payment on arrival must only be made with Credit or Debit Card (Except American Express). Cash payment cannot be made upon arrival.

Upon Arrival: You will need to have some form of photograph ID (passport, drivers license or government issued Identity Card) at time of Check-In.

Guests can also check in late, our reception is open 24 hours.

The closest Underground Station is Earls Court, served by the District and Piccadilly Lines.

Take the main exit from Earls Court Underground Station, (NOT the exhibition halls exit). Turn right onto Earls Court Road and walk for a few minutes. You will find Park House Hostel London on your left – look for a high, red-brick modern building.

Given some of the mixed reviews I was quite apprehensive before my stay at Park House Residence, however there was nothing to worry about! The reception team were always quite nice, the kitchen and bathroom were cleaned to a good standard once a week, I never had any trouble from any other residents, I always slept soundly because it was never noisy, the one time I had a maintenance issue (the toaster was broken) the issue was sorted promptly and I had a new one the next day. The location is fantastic! It sometimes feels a bit rough at night but never dangerous and I as a young woman never felt scared walking back from the underground late at night but did keep my wits about me as the vibe does change when it's late. However the proximity to the underground, supermarkets and restaurants made it very good value for money. It probably varies by person but I stayed for 62 nights in an apartment with one other bedroom, a bathroom, a kitchen and a lounge shared with another apartment next door. Throughout my whole stay the other bedroom was only occupied twice - once for two nights, the other time one - so I essentially had a private space which was fantastic. The lounge I shared with the other apartment was almost always occupied by a cranky older lady who watched TV all the time and when I moved in it was full of the previous occupants stuff so wasn't really usable. I personally didn't mind because despite my room sharing a wall with the lounge I couldn't hear the TV in there (only in the hall) so I wasn't bothered and I mostly just slept and ate there as I was interning full time in the city and out most evenings. I guess it would've been annoying if I had wanted to use it.. Also the communal/social/work space was out of use all summer so it definitely doesn't have the social vibe that people expect in some hostels but again I was so busy it didn't bother me. Overall, don't be put off by any of the horror reviews. The place is somewhat basic but comfortable, the communal areas - hallways, by the lift etc. - are a little dirty and there are dead insects but my room was spotless, the laundry facilities are pricey but very convenient and work well. It was good, beyond the expectations I had from other reviews and everything I'd wanted. I would recommend Park House Residence

I had a nights stay at Park House Residence in preparation for my operation at Chelsea and Westminster Hospital the next day, which was less than a 10 minute walk, I felt very safe being alone. My room looked like student accommodation. The difference was it was clean! Couldn't fault it even had a good nights sleep, very quiet for London

I really enjoyed staying at Park House Hotel London. You can reach it easily from the Earl's Court tube station, there is a M&S, a Pret, a Boots and an ATM close by. The staff was really friendly and helpful and the room was clean. I had no direct neighbours, so it was also very quiet. Shared bathroom and kitchen were also very clean. You can only enter with a key card, therefore I felt safe and secure. Will definitely come back

I felt safe and comfortable at Park House Hotel London, thankfully it is very near the underground station. I fancied it also because I had my own room and all I had to share was the kitchen and toilet. It is also not too far from Heathrow airport (20 minutes). They only provide student discounts to people staying with them for a long period of time, but I was only there one night

The room at Park House Hostel London is quiet spacious and airy, however the fridge in the kitchen is not sufficient to be shared among three people. Overall, I had a good stay at Park House as staff is very friendly but my advice will be that there should be different kitchen draws assigned for different rooms