Head down to London Mela at Wembley Park! Stay nearby from £12.50! 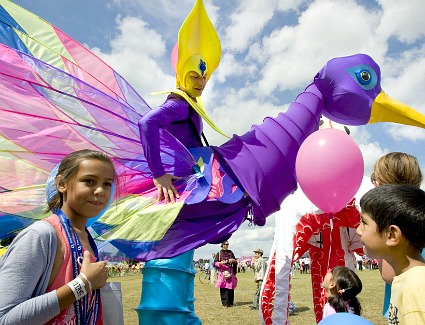 London Mela is expected to be the biggest and best yet at Wembley Park this summer. We'll give you £3.00 GBP cashback when you book, simply enter TravelStay promotional code.

This is London's biggest cultural festival for its South Asian population and more than 100,000 people immerse themselves in Asian culture and creativity.

You'll get to see classical music, British Asian urban artists, as well as dance, comedy and cabaret, all at nine zones stationed throughout the park.

The event commissions brand new works every year and puts them alongside traditional art forms and this year will be bigger than ever as it marks its tenth anniversary!

Of course, there will be plenty of food from around the world and children's activities too, making it a great family day out.

View London Mela on a map

Planning a visit to this huge cultural festival? Book your hotels in West London today to guarantee a place to stay. You can ensure your holiday doesn't cost the earth by choosing from the many cheap hotels in Ealing to get low rates and easy access to the festival as well as Central London attractions.

Top Pick New
Book to stay near London Mela at Wembley Park from only £12.50 per person

Last updated: 07 Jul 20
Click here for full list of over 329 London accommodations! Search Offers: Save up to 50% for hotels near London Mela at Wembley Park